Let's admit it we have all wanted to be someone else at some point in their lives. What guy has never wanted to have the star appeal of George Clooney and the fortitude of Winston Churchill.

I can't speak on behalf of women but there are clearly women I can't imagine any women wanting to be like such as Joan Rivers, Rosie O'Donnell and Kim Kardashian.

All of which makes the tale of Claire Leeson doubly horrifying. I don't use exclamation marks lightly for the record.The 24-year-old has just spent $30,000 trying to be like her air headed role model, reported the New York Daily News. 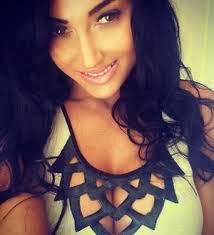 
The worst thing thing about this very sad tale is that Claire happens to be British. Pause for a moment of sad and quiet reflection.

"I'd love to be able to market myself the same way that Kim has," she told the Daily News. "Even if I had half of the fame Kim has, I'd be happy." 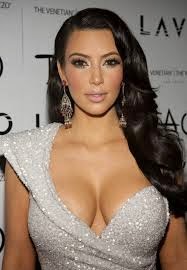 
Becoming Kim entails getting hair extensions, a boob job, teeth whitening and extensive tanning treatment; in other words everything you need to be 100 percent fake. It also involves running up massive credit card debts to finance the massive transfer of weight from brain to bum.

I'm not sure what to make of this because after what seems like decades of seeing images of Kardashian in magazines and on the TV, I still have no idea who or what she is; and what she does apart from tacky. She doesn't even seem to have adopted any African kids to my knowledge; yup Kardashian is famous for being famous - a sort of more famous version of Katie Price (AKA Jordan). This is apparently the sort of woman who has a kid called North West. OK I'm bored now and rather upset that Brit girls can't adopt better roles models such as Nora Batty.....

Belgium may be out of the World Cup but the fun is just beginning for one fan whose iconic Viking image was spotted by a modelling company that signed her up. 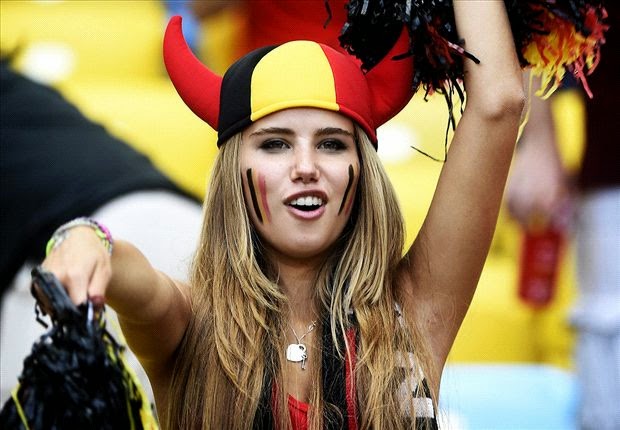 Although Vikings didn't come from Belgium when I last looked, Axelle Despiegelaere may not care much after she was spotted in Brazil and signed up by L'Oreal.

As someone who is always being contacted by modelling companies who want to photograph me in gray sweater vests or trash can liners, I know how it feels.

Not all of the fans at the World Cup have been having quite such fun as the 17-year-old from Belgium. The famously glamorous Brazilian supporters were looking a bit down in the mouth after their 7-1 defeat by Germany. 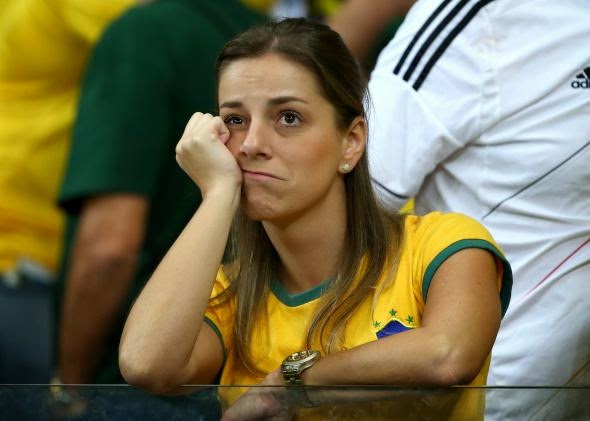 Efforts to ward off Mick Jagger clearly failed. The Rolling Stones frontman has a legendary curse in which every team he supports falls on its backside. In the Germany v Brazil game he was supporting - you guessed it - the team in yellow. 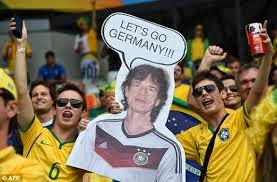 Now the Brazilians have to face the prospect of seeing their arch rivals Argentina playing in the final of a World Cup that cost so much it threatened to push their economy under.

After the game against Brazil, it's hard to see anyone stopping Germany but Argentina are likely to put up a stiffer contest - let's face it a group of boy scouts would have. When it comes to the coolness of fans Argentina might well edge this one. 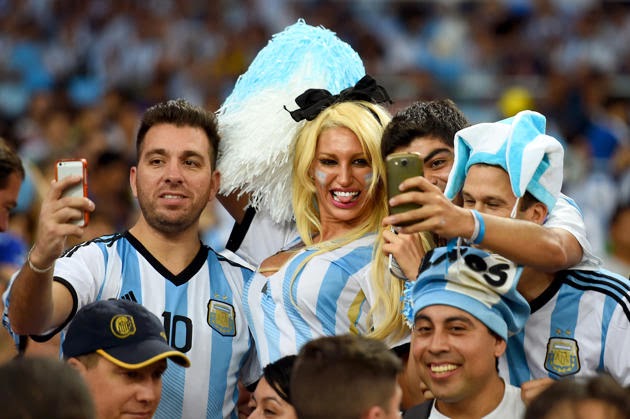 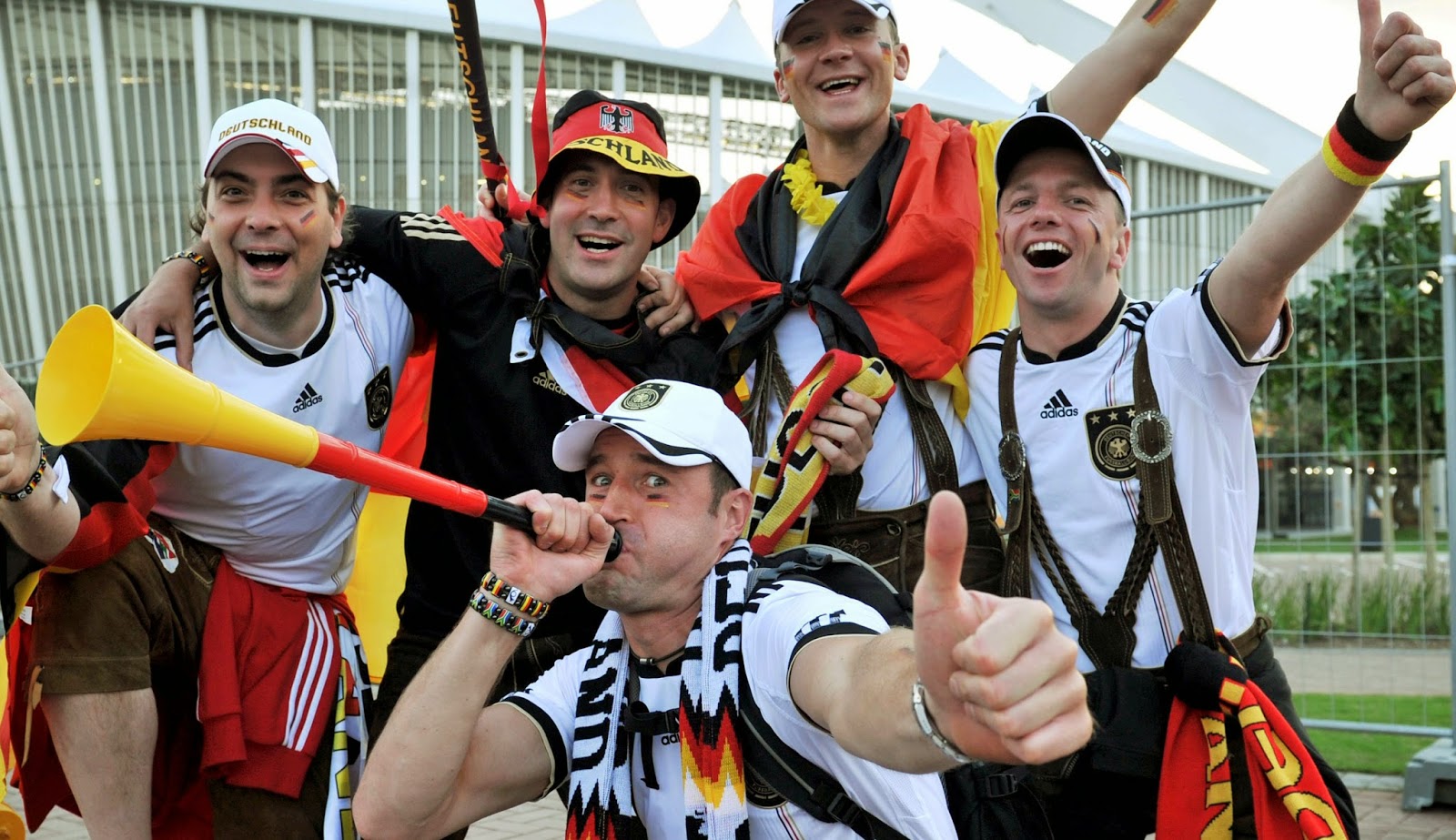 
If they want to find a silver lining the Brazilians might want to look north to Honduras. The most violent nation in the world, outside the obvious war zones, finished the World Cup with 0 points - yes that's even less than England - and, judging by this picture - they also have the world's ugliest fans. 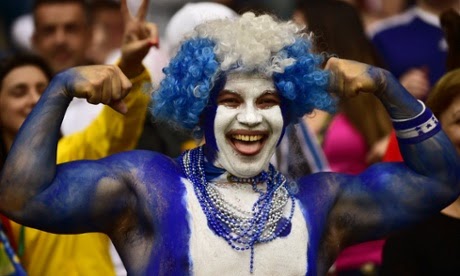 As a bit of a post script Axelle Despiegelaere apparently lost her modeling contract after a picture of her on a hunting trip emerged...rendering this post rather meaningless. Go Argentina..

I try not to check the stats on my blog too much because it tends to resemble John Cleese's parrot. A combination of infrequent postings and lack of interaction has indeed turned my blog into the Norwegian Blue.

At least as it's flushed down the toilet, somebody might remark on its beautiful plumage. You never know.

In past years I have had a three pronged strategy to counter blog disaffection. Namely:

I fear the wisdom of the strategy has now deserted me as nobody even cares about Bieber these days as he slides into an icky pool of whatever Lindsey Lohan slid into years ago. 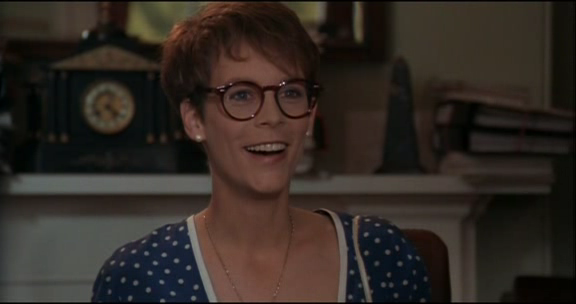 We were fond of whatshername from a Fish Called Wanda


Real talent is enduring and it's seen in characters such as John Cleese and Michael (not Sarah) Palin. Recently I bumped into an ardent Fish Called Wanda fan, which reminded me of how I had forgotten much about the film apart from the bit where a concrete block falls on a small dog and Palin's stutter.


All of which reminds me I must be fundamentally sick.

The reality is Cleese and Palin can make most things funny, even dead animals. Enjoy.
at July 07, 2014 6 comments:

Every four years - assuming they are in the World Cup - Americans get all excited about the game with the iniquitous 's' word. 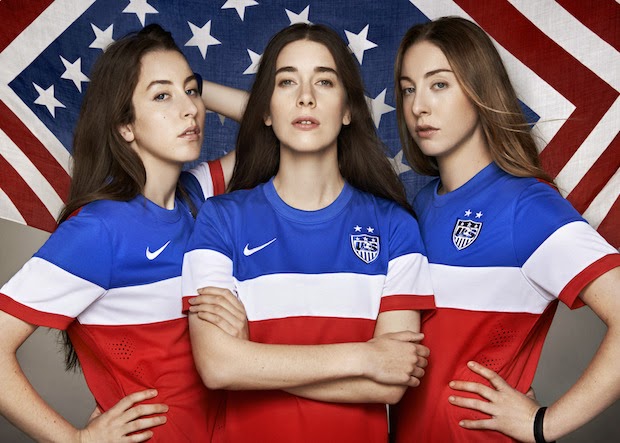 America has an ambivalent relationship to the game Brits call football, preferring the odd game with shoulder pads and numerous stops. But with Team USA on a roll, America is again getting all excited about proper football.


It's sobering to think that the Americans do this as a sideline but still seem to be more successful than England at the World Cup with a motley collection of players who would be fighting for a first time place in your average Premiership side. American pubs fail to rival the fervor of those back in the England when a game is on, but maybe that's not bad thing. 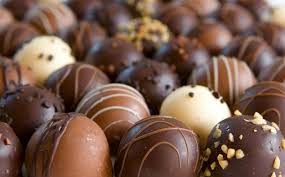 So today it's on to the mighty Belgium - a team I know little about but are apparently fifth favorites to win the World Cup.


The few times I have  been to Belgium I have loved the architecture and the beer, less so the inhabitants who tend to shun deodorant.


1 - Brussels Spouts really do come from Belgium where they have been grown for 400 years. They also acquire the texture of snot if cooked in a certain way. They tend to taste worse.


2 - Belgium produces 22 kg of chocolate for every person in the country. And it's a lot better than Hershey's.


3 - Belgium has enforced compulsory voting. If you fail to vote you are dragged out of your home and pushed under Jean Claude Van Damme's arm pit.


4 - The highway system in Belgium is so brightly lit it's the only man made structure on the earth that's visible from the moon at night.


5 - Belgium has the oldest shopping center in the world - the Galeries St Hubert in Brussels which opened in 1847 for the buying of top hats.