What the Heck is the West Lothian Question?

It's high time we stopped our obsession with mid life sex or what was Joan Rivers' doctor doing to concentrate on the things that really matter - namely, what we should do about the West Lothian question.

The West Lothian question reared its head again this week when Scotland voted against independence. Yep the Scots may not be big fans of scones and the plum voiced British Prime Minister David Cameron who would be treated to a 'Glasgow handshake' in some of the rougher bars of Scotland's biggest city, but the vote revealed they like the English really. Or at least they are fond of the Queen's Corgis and her right to shoot deer on their land. 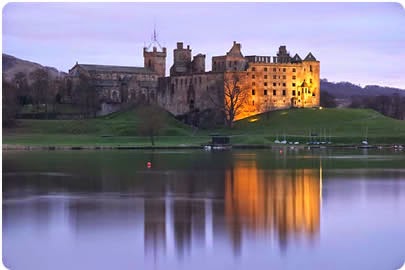 
Renewed talk about the West Lothian question gave me an uneasy feeling of a former life, like those kids who realize they used to be Civil War soldiers who died at Antietem.

Had I not researched this decades ago in preparation for law school interviews? My worse interview was for the University of Bristol, an experience which I stammered through and talked about the virtues of using water cannons on rioters. My interviewer was a communist public law professor. Fortunately, I was from a state school, so was still admitted.

I was admitted without once mentioning those three golden words - West Lothian question.

So without further ado, here's the definition of the West Lothian question - via the Independent.

"The West Lothian question, or the issue of “English votes for English laws”, regards the concept that in a devolved system, Scottish MPs can vote on England-only policies, but English MPs do not have an equivalent say on how Scotland is run because it is led by the Scottish parliament.

The same is also true of Wales and Northern Ireland.
If more powers are now devolved to Scotland as David Cameron has pledged, this means there will be more devolved areas which English MPs cannot cast their vote upon. However, these restrictions will not apply to Scottish MPs."

We are likely to be hearing a lot more about the West Lothian question as Scotland gets more powers, not that this will appease my Corgi-hating Scottish aunt.  So that was worth waiting for? The place around the corner does great egg, lard and bacon sandwiches. I really should not but....

Kate Bush and the Demise of Old England

Americans don't get Kate Bush much. "Who's that wailing woman?" is the usual response I get while one girl tried to persuade me that Pat Benatar has a better version of "Wuthering Heights."

Pause for unpleasant fit of spluttering...

I have always liked Oh England My Lionheart because it takes me back to something half imagined and intangible but if you could put a description on it, to the England after the war when the evil of Nazism had been vanquished and everything would be perfect from there on in.

The England half-imagined would look like the fabled Hovis bread ad. of my childhood, which is filmed on Gold Hill in Shaftsbury one of the loveliest streets in England, made more lovely by the presence of a pub at the top of the cobbled street. 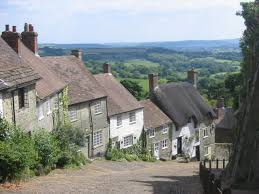 In the 1950s when the images of the dead at Belsen and Auschwitz walked behind a generation like Banquo's ghost, Britain built up the welfare state to provide a net of care from "cradle to grave." The England we grew up in the late 1960s was meant to be a harmonious place - old fashioned and not rich but, nevertheless, good to the core. When I grew up we would tour static old museums and see the Spitfires that brought down the might of the German air force. We would watch films of well spoken pilots with impossible moustaches who stood up against evil against the odds and went home to tea in quiet market towns.

By the 1980s we were beginning to reappraise as greed became good and the police fought running battles with the miners.

And now from a distance England feels an epoch away from the cozy place we grew up in, lulled by children's presenters who were later exposed as pedophiles. I still recall the feeling of terror that swept the underground on July 7, 2005, the day nails ripped through commuters in tunnels and England felt like it was on the verge of a wave of panic that would never subside.

Today the man in the executioners' mask who beheads the hostages speaks with an English accent - continuing a grisly line from the block at the Tower to Tyburn.

Perhaps the image of England as a cradle of civilization was always a cruel illusion. Scratch the surface on any street corner and you will find evidence of Medieval barbarity just a few feet away from WH Smiths.