Whatever Happened to The (American) Heroes?

There's a song by The Stranglers called Whatever Happened to the Heroes. It describes how Leon Trotsky "got an ice pick that made his ears burn." The theme is "no more heroes anymore."

I'm not convinced the Machiavellian Trotsy was a hero. A visionary, perhaps. But there are certainly no more heroes anymore. 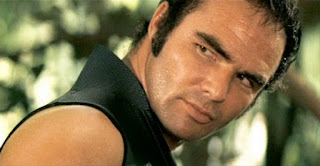 The American hero has been on his last legs for a while. He's that Monty Python knight who fights on limbless. He's riding out into the sunset on a horse with no name. This realization hit me with the deaths of John McCain and Burt Reynolds.

McCain, as we know, was a real-life hero who endured torture and went on to do great things. I don't know much about Reynolds' personal life but he was a loveable kind of all America tough guy who loomed large on the screens of my childhood. I never really rated him as an actor. Some of his characters were downright annoying. Then I reassessed my opinion after seeing his Oscar-nominated performance in Boogie Nights.

Since his death, the refrain "boogie nights are always the best in town" became lodged in my head and won't go away, even though the days of disco have receded to the margins of my memory.

Back when I grew up the American heroes loomed larger and cast long shadows. Their fortitude offered a curious contrast with the spineless cast of liars who strut today's stage clad in the transparent clothes of reality TV.

Reynolds was hardly a loveable character in Boogie Nights. He was a hard-hearted maker of pornography. However, his character has an avuncular adherence to a certain set of values. In Deliverance, Reynolds is Lewis Medlock, a dashing and swashbuckling Atlanta city slicker with a smattering of outdoors knowledge. His gung-ho character is eventually brought crashing to earth by an arrow.

The Reynolds in the closing stages of the movie is unrecognizable from the character who stepped boldly into the wilderness. So it was with Reynolds' life. In his last days, the fragile character in a wheelchair bore no resemblance to the heartthrob of yesteryear.

Reynolds saw a lot of potential movie roles slip away. He could have been Han Solo. Loves eluded him too. Sally Field, his other half, slipped away. After his death she said. "He will be in my history and my heart as long as I live."

Like the classic American hero and the greatest of Shakespeaker's characters, Reynolds was flawed. He is one of the last of a dying breed. No more heroes anymore.
at September 07, 2018 2 comments: