Lately, I've been thinking rather a lot about my teen years. I have an (almost) teen so I should be in a good position to give her lots of advice. After all, I used to be one. The trouble is, it seems rather a long time ago.

It's not that I'm old and set in my ways, but often I think I'm set in something. My kid used to be the center of my world. We were constant companions, always going places and doing things and always in good spirits. Or maybe that's another example of memory lapse. 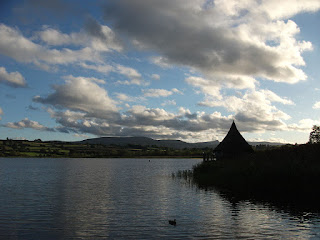 
Still, today out relations revolve around the custody arrangement. When we see each other, it's after large chunks of bewildering time have passed. We catch up but what happened in the interim is a mysterious land at a place I used to live but not really.

Then there's the many electronic devices and the long periods when she remains in her room. In some ways, her brother has now taken over, so it's good to have a second chance at being a dad now and again.

I'm not sure if I have much to impart. Being a teen entailed a lot of angst. But looking back there were some oddly fun times.

I think fondly now of the school trip to Llangorse Lake in Wales, even though it was an unmitigated disaster by most accounts. In retrospect, I realize, my school was somewhat daring with field trips. We went away and camped and sent kids up mountains. I'm sure trips like this would be banned by the risk management people today

By the time we went to Llangorse Lake at the foot of the Brecon Beacons, most of us were on the cusp of puberty. Some of us had slid down the other side. It didn't take long after setting up the tents to realize the cozy world we were familiar with was at an end.

I brought maggots for fishing. Many others had brought beer. RV, who we always assumed was not as bad as he really was, brought a crate of Newcastle Brown. We were 14. Trevor brought a four-pack of watery beer.

RV was later expelled from school and died when he jumped off a bridge drunk in Gloucester at the age of 18. Trevor died a couple of years ago when he had a fit. I still remember his long Mod parker and how we'd listen to The Specials' Ghost Town in his basement. 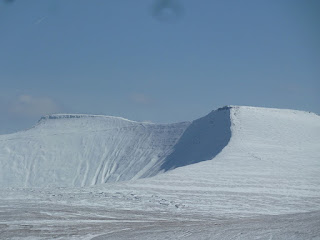 The episode had blown our cover and the witch hunt started Mrs. V, the elderly German teacher was unsuited for the Spanish inquisition role but was marginally more prepared than Mr. H, the music teachers, whose solution would be to drink ale with the teens until we fell over and he could hit on 15-year-old girls.

Mr H was later fired, only to be reincarnated as the President of the United States. I digress.


The next day Bev and Deb were captured and driven back home strapped to the child locks of Mrs. V's car. Before hitting the road, she stuck her head in my tent and attempted to sniff out the watery lager. I pled ignorance, having buried the last two cans by the lake. When she was away, I offloaded my maggots in her tent.

It was that sort of trip.

We also scaled Pen Y Fan in the mist. It was the closest I ever got to a teen high.

I have thought about how my experiences could be a 'teen learning' experience for my daughter. However; mostly I have decided not to go there.