The Sinister Clowns that are Haunting our Towns

A few stories in the news have  reminded me again of a great universal truth that far too few people admit to themselves, namely...


CLOWNS ARE NOT FUNNY - THEY ARE DEEPLY SINISTER...


There. I said it. I'm not sure who ever thought men dressed in bulbous shoes with big noses, wild hair and squirty flowers would ever be funny, but he was no doubt demented. Still we are lulled into believing this great lie; we are taken to circuses and encouraged to laugh at the clowns until we wet ourselves (well when we are infants anyhow). 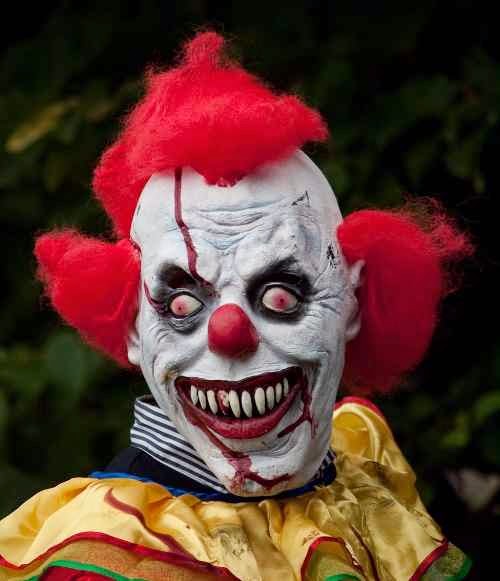 We have a fixed smile even though deep inside we are feeling uneasy not to mention queasy. We turn to our parents, unsure, questioning how such macabre creatures can really be our happy friends, and they turn to us, smiling and clapping and thus perpetrating the great lie that has been passed down from generation to generation - namely that clowns are jovial and funny.

Recently reports of fake clowns engaging in acts of violence in France have undermined the faux feelgood feeling clowns were supposed to give us.

ABC reported on how pranksters dressed as evil clowns have turned up in French cities, some armed with knives, guns and baseball bats. It's part of a trend that started in California a few weeks ago in which scary clowns spooked passersby.

Now the World Clown Association is concerned the trend is giving clowns a bad rap. "People dressed as horror clowns are not real clowns," pointed out president elect Randy Christensen.

This is true unless you believe real clowns are horrific and many people do. There's even a word for a fear of clowns. It's Coulrophobia. Clowns even have their own serial killer, and not a very nice one at that; although, by their nature, serial killers don't tend to be pleasant. 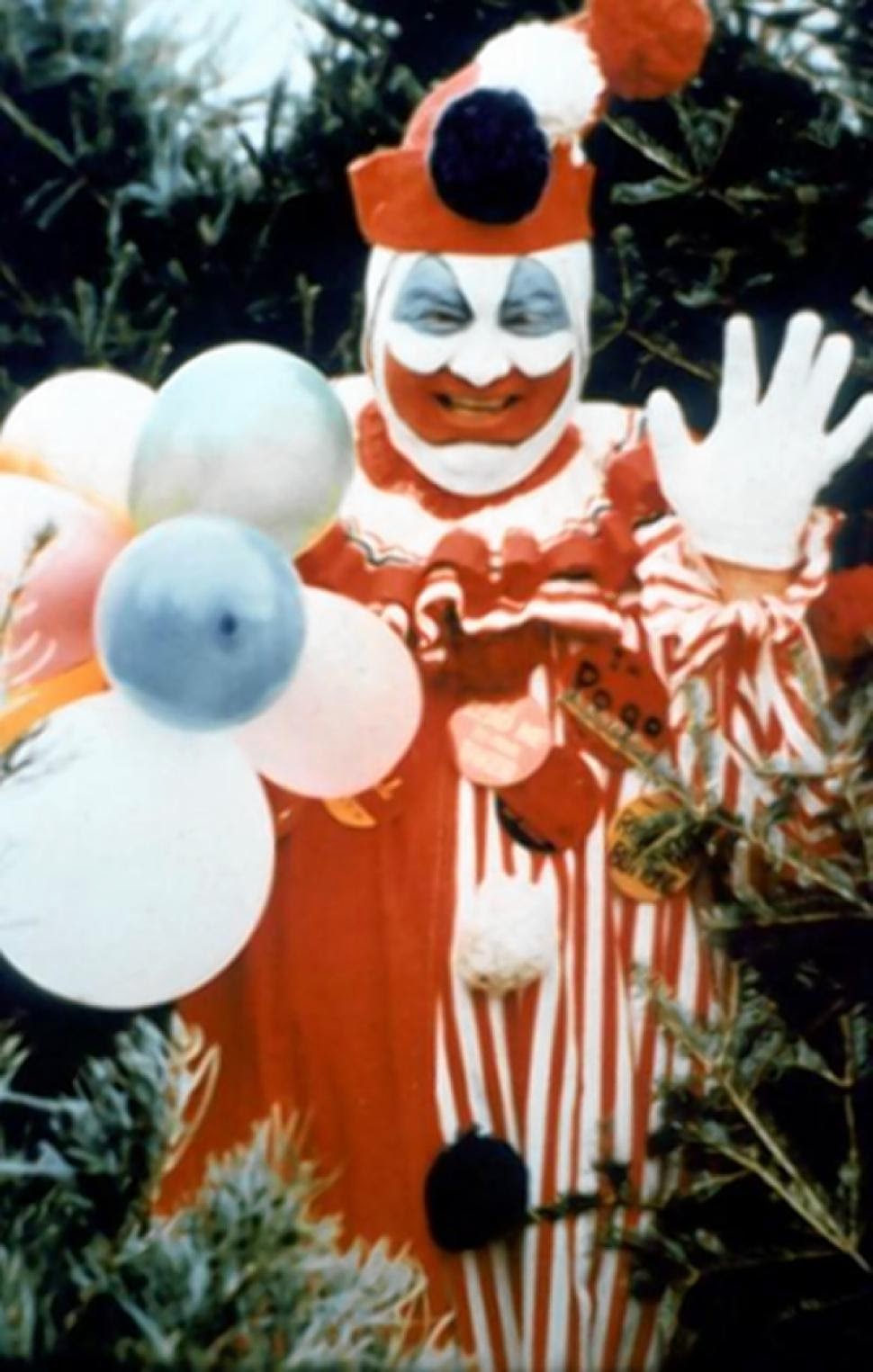 Nevertheless, John Wayne Gacy was prolific even for a serial killer. The "killer clown" murdered at least 33 young men and boys. Gacy would dress as "Pogo the clown" - a character he devised himself - at children's parties and charity fundraisers.

Makes me glad we only had lame magicians at children's parties when I was growing up.

I spent weeks wondering how he did it. The earth in Greg's garden was smooth and a lustrous red. The summer rain washed over it and it failed to lose its coherence. That summer we went to work with our shovels and dug deep into the slick loam behind his house. We carved out a a snug den with a side tunnel that led into it, smoothed out as if some gigantic worm had gone to work on the structure.

The bridge above the side tunnel held strong and the tunnel because a shoot that we could use to slide into the main den. It was one of the most perfect things I had seen in my four years on the earth. 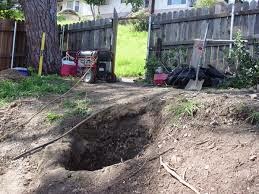 On a chilly day a month later I set out to emulate Greg's hole at the foot of my garden. The clouds were moving fast across the suburban sky, threatening rain. I was alone as my spade bit the thin soil. The earth here was very different from Greg's. It was flimsy and ashen and whenever I dug a clear, clean hole, the soil fell back into it. I thought of the bitter smell of ash in my grandparents yard in Glasgow. A shrubby wasteland fell away to the hedge behind me where the foxes had killed a pet rabbit the previous year.

The stubborn earth coated my clothes and mocked my efforts to tame it. However deep I dug, the earth fell in again. My hole was going to be nowhere as big and deep as Greg's. My attempts as a side tunnel were useless. I looked into the dark heart of the earth and lost all hope. Then the rain started to fall on my face, sending rivulets of mud running into my hole. I looked at the last bright gap in the sky and a hatred of Greg grew in my heart. I started to question the whole basis of our friendship which was forged when I found him eating out privet hedge and invited me into my back garden to strip big chucks off the Mountain Ash tree.

Two weeks later Greg was howling in pain with the bicycle chain trapped in his fingers. I didn't do it but I remember seeing the accident as it was about to happen in slow motion. The reflex that usually urged me to shout out deserted me.

Our friendship failed to last the rest of that fitful summer.

James River State Park in the Fall of 2014

When your life is fragmented, you pay more attention to the pieces. A uniform mirror presents an unremarkable surface. When it's broken the pieces glitter more brightly at sun down. 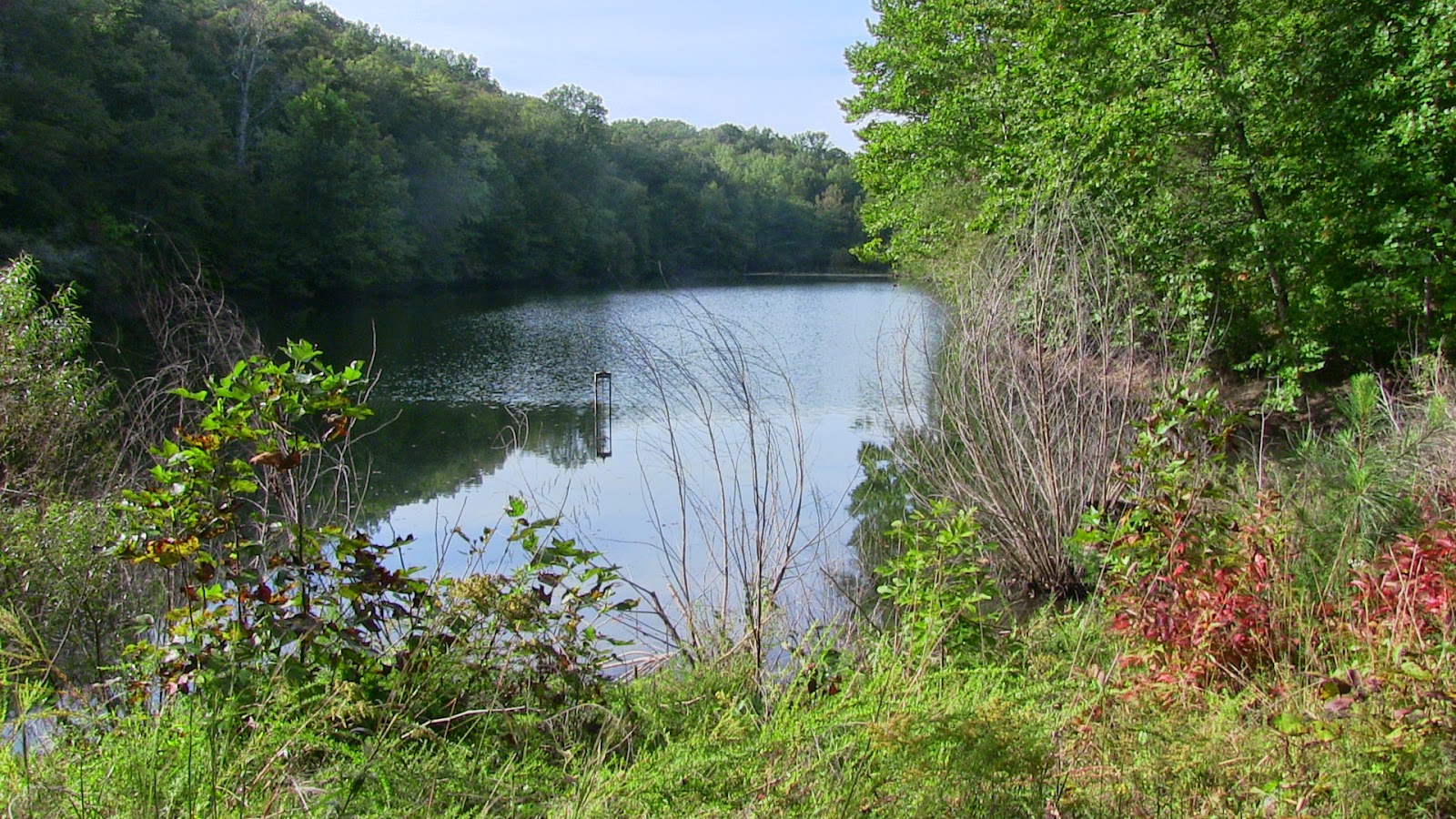 When you get older you pay more attention to the moments. In your mind you can see an imaginary egg timer and each one of those grains of sand you were so careless about in your youth, now seems worth re-examining. The voice from the end of Trainspotting urges you to "choose life." 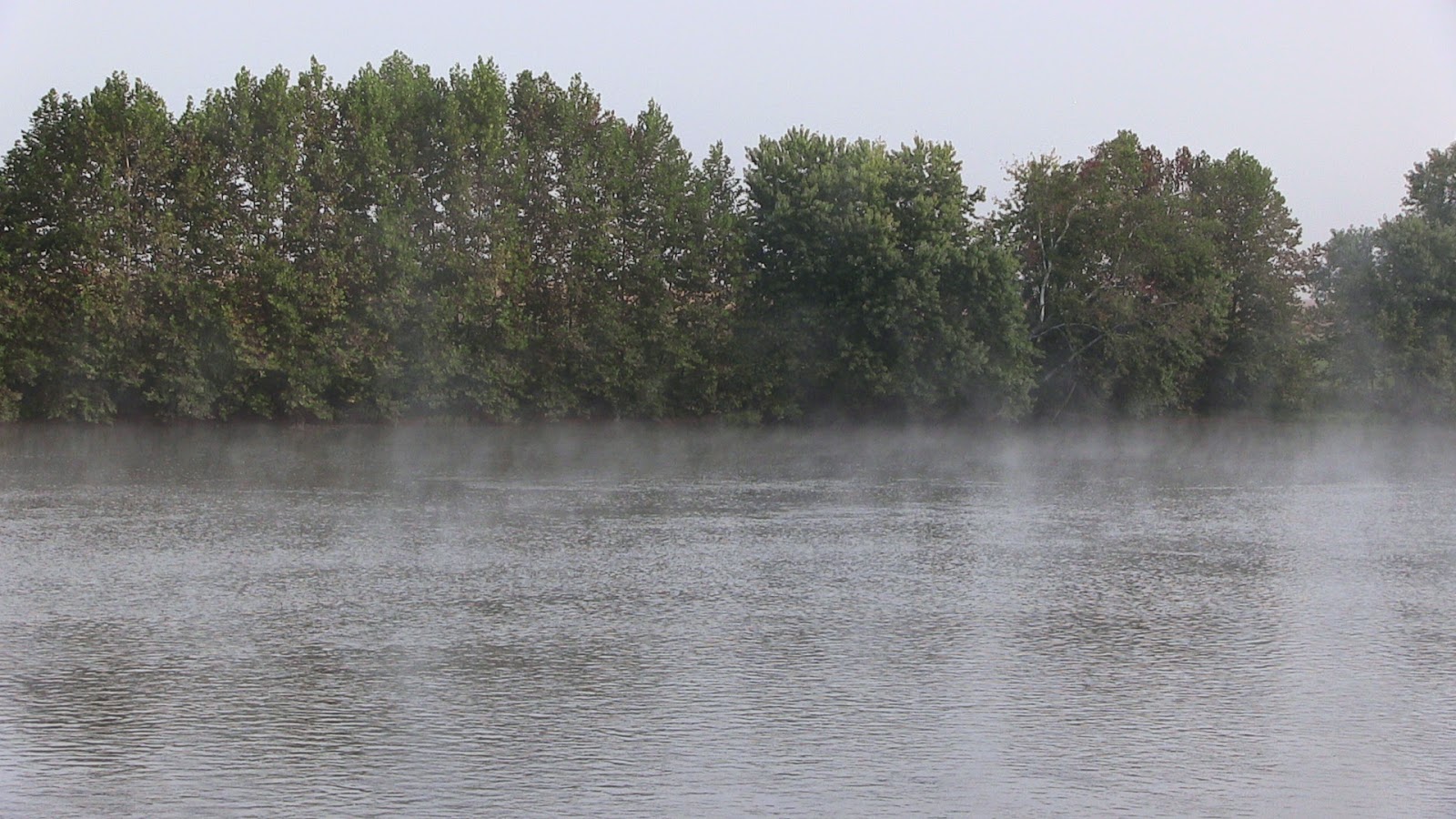 Recently I took the kids camping to James River State Park. On so many occasions, all of the practicalities have overwhelmed me and I have given up, just one click away from booking. This time I went through with it and almost four hours later the undulating foothills of the Blue Ridge Mountains were opening up before us. 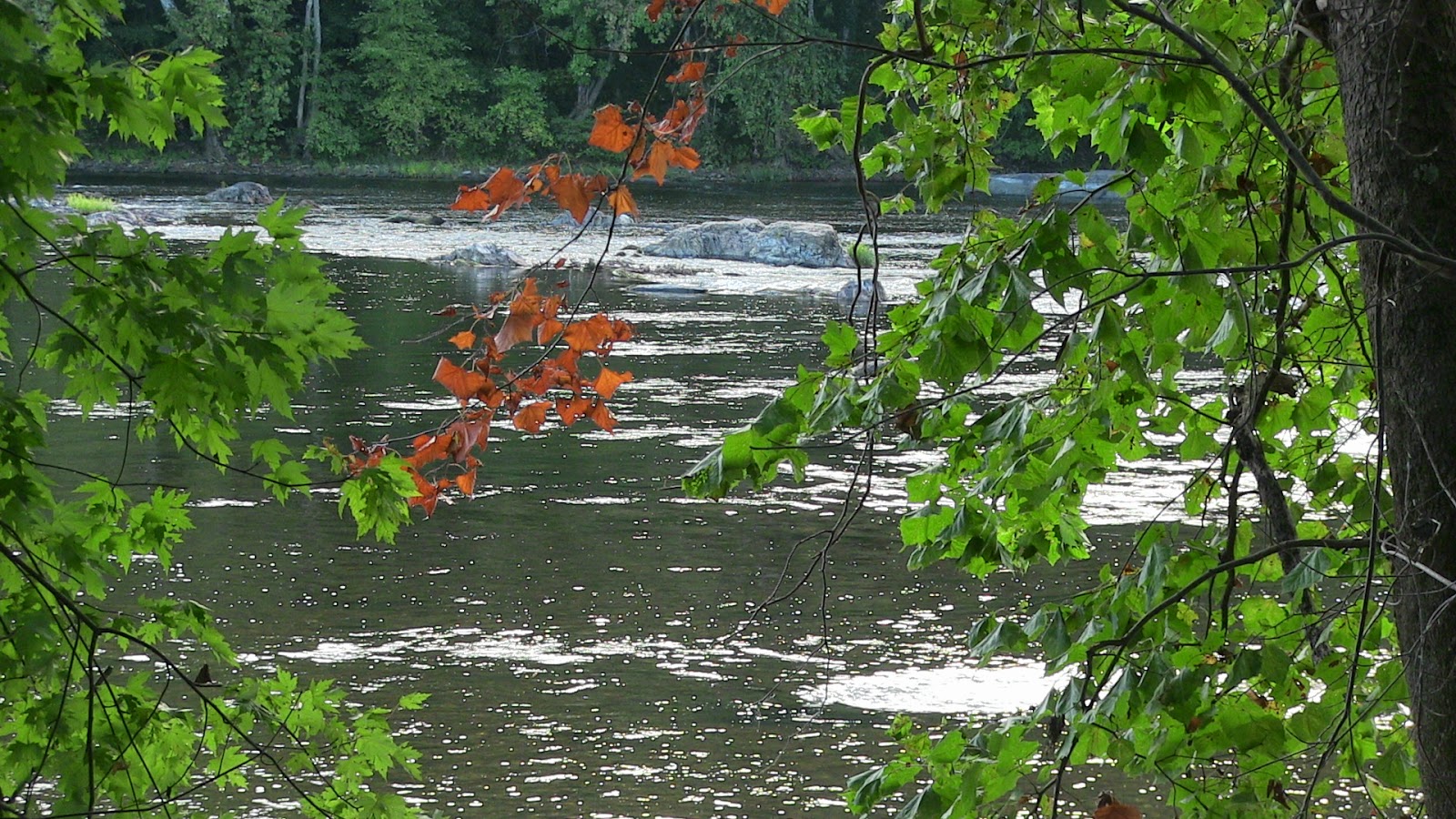 The camp site was primitive - which means there are no showers and the toilets are holes in the ground. In other words only places you frequent in case of a serious emergency. But the site itself was gorgeous, a grassy meadow beside the James River. We put up the tent but still the infernal demons returned from time to time. Why give the kid a hard time for dropping wrappers? Why stress about where I was going to get 12 chunky batteries for the mega light?

I put the infernal demons to one side and we set out on a path beside the river. The sky was high and drifting and the crickets sang in the marshes. The corners of the river were coiling slowly and turning brown with fall, but the succulence of the summer was still heavy in the fields. Finally the pettiness and petulance was ebbing away from me in the vast beating heart of nature. 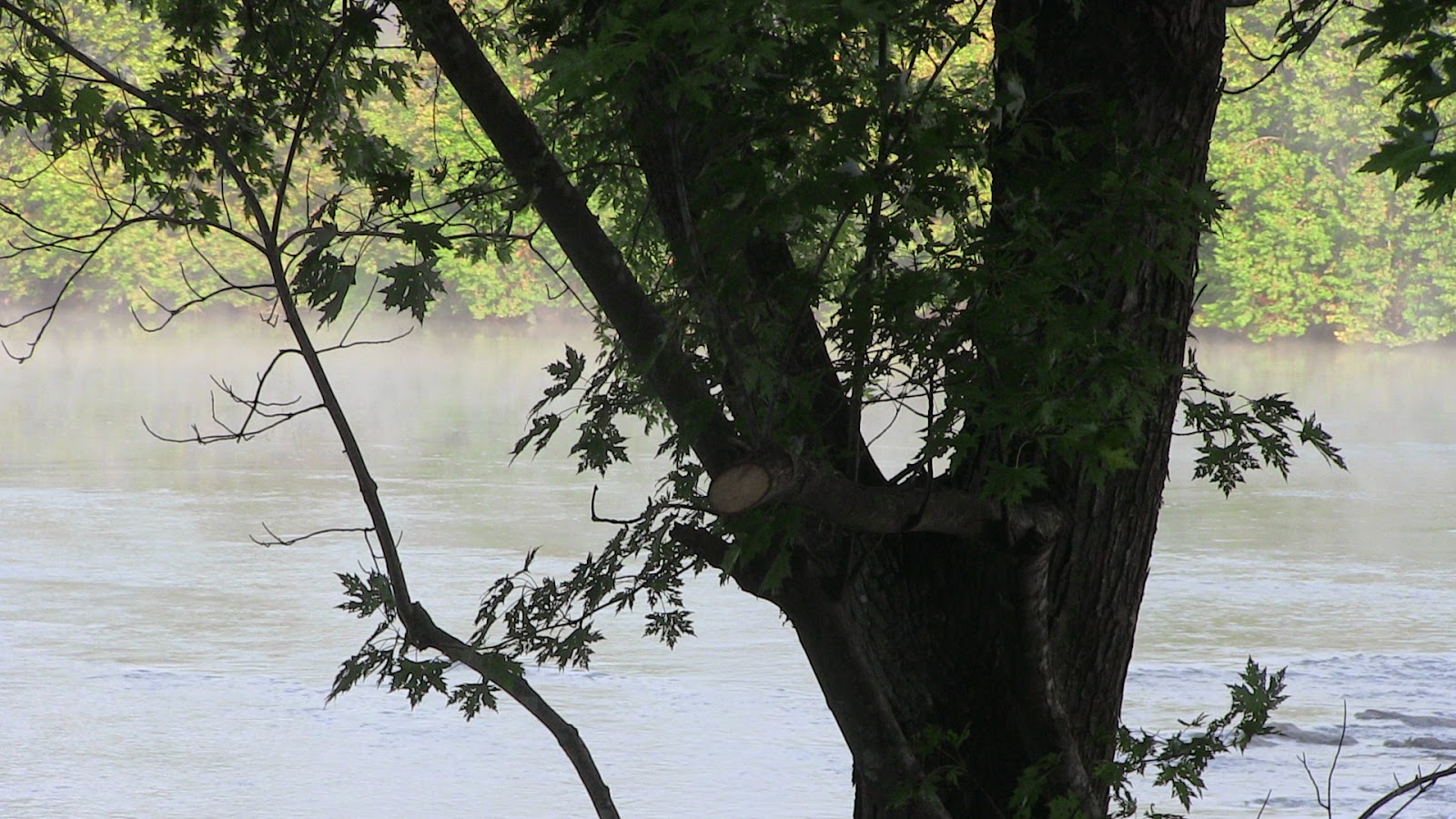 At night we started a fire. It did not matter that the hamburgers tasted like they were some kind of dead animal back in the day. At night we lost the mega lantern that we had spend a fortune loading up with batteries at the camp shop. We used a free give away flashlight instead. The temperature fell away and I stepped out of the tent in the middle of the night. I expected to see stars, but not stars like this. In the heavens above were layers of constellations intermingled with layers of constellations, winding like silvery cobwebs back to the dawn of time and beyond. I stopped there on the wet grass, taking in my own insignificance in the grand scheme of things. I let the cold wrap around me and imagined drifting away in space forever. Then I headed back to the comfort of the blanket. 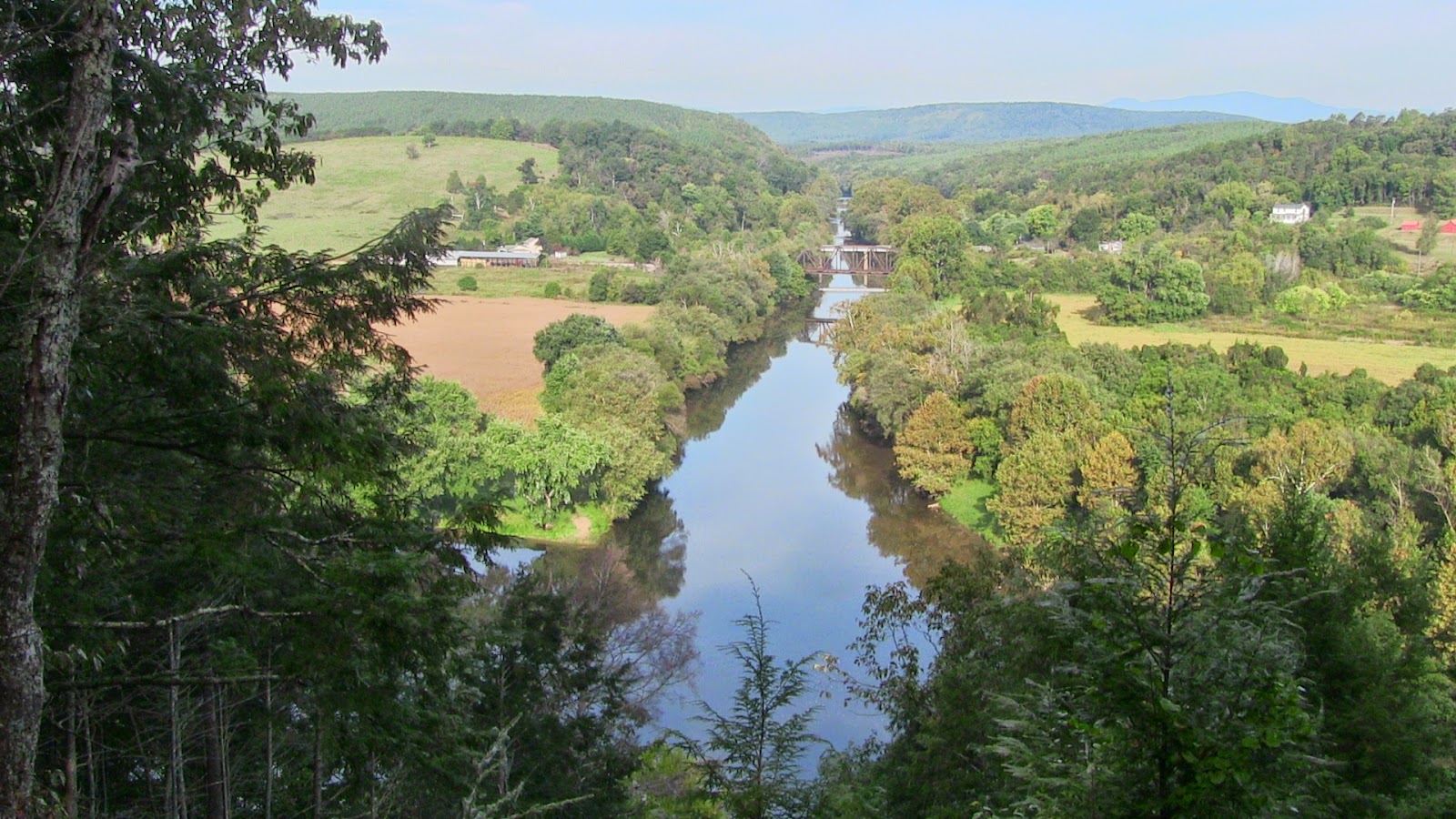 The next day we walked to Tye River Overlook - the wooden platform that is known as the highlight of the park. The overlook affords a dramatic view of the confluence of the James and Tye River.

In the morning sunshine we read the story of the night the James River flowed backwards. As the remnants of Hurricane Camille moved through the mountains in 1969 it caused massive rainfall, flooding the Tye River and causing the James River to flow backwards, claiming 113 lives. I had never heard of such a tragedy back when I was a child. I felt a passing chill.

Even on the brightest days and in the most beautiful of places there is a darkness lurking in the most unlikely of places.