A large Mountain Ash tree grew in the garden behind the house where I lived as a child. It wasn't a remarkable tree but it was a thing of understated beauty with its black and silver bark. As kids, we would spend the long summer months hanging off its flexible branches as climbing as high as the tree would allow us. These games were harmless fun until the day I jumped off a branch and over the wire fence into the neighbor's yard. 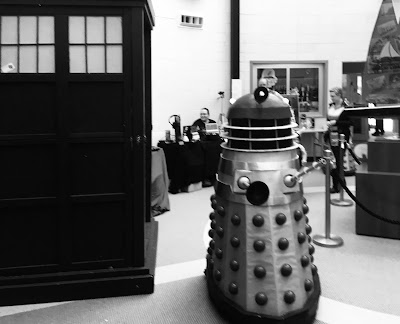 The fear of the unknown seized me then as if I had crossed into the Demilitarized Zone between North and South Korea. I looked left into the trees and right to the dark brick of the neighbor's home. I saw nothing. Then I heard her. Mrs. Stanton was every bit as fierce as a North Korean dictator, albeit a sanitized version adapted for the small screen of suburban Birmingham. Now she was moving fast out of her kitchen yelling at me. I ran down the side alley to safety but the episode still returns to mock me in my dreams occasionally.

The next-door-people weren't like us. The Stantons were a big family and the kids were loud. They took horseplay to a Churchill Downs level.

Steven Stanton informed me the Japanese cut off the dicks of their English prisoners of war and tied them to their noses during the war. I did not want to believe him.

Years later I still think about England in the Seventies. The colors seem muted in my thoughts. I recall the weeds pushing through the sidewalk and the bare-bones nature of the houses. Our place felt cold and sparse. We had few toys and my parents gave me a hard time when I tried to trade my new Matchbox armored patrol vehicle for Greg Spencer's beaten up Phanthom jet. It wasn't about quality. I just cared more about airplanes.  For other toys, we made do with wooden blocks and an old tire on the lawn was our personal flying saucer that would take us to sparkling new worlds.

Despite the bareness of it all, there was a sense of security. The Labour government continued to build the welfare state, promising those who could not afford it a house of their own for minimal rent. Old Mrs. drove a distinctive blue buggy given free to her on the National Health Service.  These were the Invalid Carriages or , supplied free to thousands of disabled people in the 1960s and 1970s before they were phased out and replaced with an allowance. If Mrs. Mills appreciated the generosity of the state, she never showed it.

For our neighbors who wanted more speed, there was the Bond Bug, a nippy little three-wheeler available in no color except tangerine which was capable of speeds of 76 mph. I never understood the obsession with three-wheelers but this was an era when a wheel fell off the British car industry.

The flash of tangerine of passing Bugs gave a lick of color to our drab neighborhood with its closely crammed houses and warehouse-like pubs.  The same could not be said about TV. When our first box arrived it mustered up flickering, hazy back white images on two channels - BBC 2 was often out of reach. My parents told me it was no great loss, comprising dull lectures and classical music recitals. BBC 1 was the real deal. Jon Pertwee with his touselled locks and air of an absent-minded academic was the third Doctor Who, a ma who battled monsters so ferocious we hid behind the sofa. The series persuaded our band of friends - sometimes wearing buckets on our head because it seemed so cool - to wander the neighborhood for hours in the vain search for a police box. All we found were the red phone boxes with their ripped up phone directories shacked to walls or thrown on concrete floors that smelled of pee and cigarettes.

The Seventies didn't feel too glamorous but there is something to be said for the old cliche. People did talk to neighbors over garden fences and looked out for each other. The state looked out for us too. In the 1940s, the Beveridge Report had identified the five "Giant Evils" in society as squalor, ignorance, want, idleness, and disease. Healthcare, pension, and housing costs were taken away from corporations and given to the state that adopted the lofty aim of being there for the British people "from cradle to grave." The government created the National Health Service and a universal pension. It embarked on a vast program of social housing. Today, these policies would be derided as socialist in a world where terminology has become as black and white as the picture on our TV.  This thinking is deeply disturbing. England in the Seventies was far from Utopia and people wore unfashionably wide pants while men forgot to shave. But it was a world away from the countries of the Eastern Block, Cuba, or China where free speech would land you in prison or worse. Furthermore, the National Health Service remains intact to this day, ironclad from abolition from the right or the left due to its place in the hearts and lives of the British people.

It's perhaps no coincidence that this peaceful revolution began after World War Two.  The conflict shaped so many events in those days. When we played soldiers on the streets, half of the kids were assigned to be dastardly Germans. During the awful spectacle of watching "It's a Knockout," we would all urge the Germans to lose as my father would bemoan the constant cackling of Stuart Hall. The Germans usually won but my father's disdain for Hall proved right. Like seemingly half of the people on TV when I grew up he was later jailed for sexually abusing schoolgirls. Still, my bubble endured. I was fascinated with Spitfires and the green and brown bombers sent over the Reich. I imagined myself in the tail turret of a Lancaster bomber - literally a glass bubble - shooting at enemy planes. I read books about great battles yet I never thought of the pain and the blood. I saw the war as a heroic playing field and would demand to know the good guys and the bad guys in Westerns. The cowboys were inevitably good and the Indians bad. All the comedies at the time portrayed stern but upstanding white men and feckless natives. Nobody told me about Wounded Knee or the railway line that stopped at the low-slung barn and tower that welcomed new arrivals to Auschwitz. I saw the struggles in South Africa on the TV without comprehending the burning injustice.

We all know what happened in the Seventies. The endless strikes and the Winter of Discontent gave way to the age of Thatcher. People were allowed to make big profits selling the council homes off so as future generations could no longer afford a home. The mines and steelworks closed, the Task Force moved to war in the South Atlantic. Over the subsequent years those relics of socialism, the nationalized industries were sold off. My father lost his job working for the electricity board. Utility bills went through the roof. Still, we had more TV channels in all the colors of the Rubrik's cube. People made money from dealing with money. It became unfashionable to talk about the helping hand. It's still unfashionable to talk about this in America. Affordable healthcare is derided as socialized medicine. The orange peril endures.

Today, we have repackaged the Seventies as the decade of bad taste - a time of wide pants, sideburns, and hideous wallpaper. Still, a part of me misses that garden and wonders what happened to the Mountain Ash tree. I still recall being pushed on a swing as the in the west and dreaming of a landscape of cactus and wild horses, little knowing the American west would later be consumed by fire. It is strange to think,  things never really got better. Some of the answers were with me all the time on those weed-strewn streets.  We didn't lose paradise but we certainly lost something worthwhile.

Yet the world moved back and forth in its crazy motion like the Tardis and the worst thing imaginable happened; Jon Pertwee ceased to be the Doctor and became a talking scarecrow called Worzel Gummidge.