I Entered the A to Z Challenge in January

Last year I could not be bothered to enter the A to Z Challenge. I had too much life stuff going on to be a nerd for a month of April. In any case, on previous occasions I had convince myself I would do a quick and easy, only to be bogged down at 11 p.m. the night before.

My experiment with freedom was brief. The A to Z challenge is like a circus. Like Nellie the Elephant I had ran away but it came back to get me. Once you have been a trapeze artist, it's hard to forge a living on Civvie Street. These are not transferable skills. I told myself, I was there at the inception in 2011 so surely I had a right to return to the high wire. 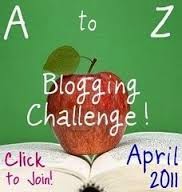 
Other than that I am a ho for hits and in recent months by blog's analytics have looked like the chart I presume Joan Rivers had at the foot of her bed. The only way is down. Now I don't spend every hour of the day looking at my blog's ailing stats but the long term trend makes depressing reading, particularly when we remember those feelgood articles we read half a decade ago written by someone whose blog started small but is now living in a beach house in Malibu off the proceeds.

Right now, I would settle for a beach house in Virginia Beach. Or an apartment that's a bit warmer.

We may not all be able to call on someone to massage our cold feet at 4.29 a.m. But when all hope is gone and the night is as dark as a big dark thing, we can thank our lucky stars there is the A to Z Challenge.
at January 30, 2015 6 comments:

My 10-year-old daughter Zara took quite an interest in the 110,000 word manuscript of my novel and said she was determined to embark on her own. It didn't exactly make 110,000 words but I was impressed how quickly she cranked out her first novel and the fact it contained a life lesson somewhere in it. 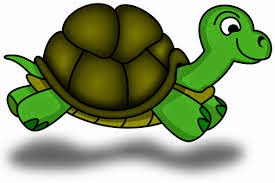 Once upon a time, there was a turtle named Tilly. Once Tilly's mother told Tilly to buy muffins from the market. Tilly agreed, and went on her way. Tilly got distracted by the cool river. It was a hot day and Tilly wanted to swim. "I'll only be a minute." Tilly said. Tilly swam in the river and saw his friend Otis the otter. "Hey, Tilly!" Said Otis. "Hi Otis!" Tilly replied. Tilly got so distracted she almost forgot what she was looking for. "The muffins!" Tilly replied. When Tilly got to the market, it was closed. "Oh, no!" Tilly cried. "I played around in the river so much I forgot to get the muffins!" When Tilly got home, her mother cried out," Tilly, where have you been?" " I'm sorry, mommy. I played in the cool river and got distracted. The market was closed by the time I got there. I'm sorry." " It's Ok. But we learned our lesson. No playing around when you're doing a task." mom said. " I learned that!" Tilly said. The END 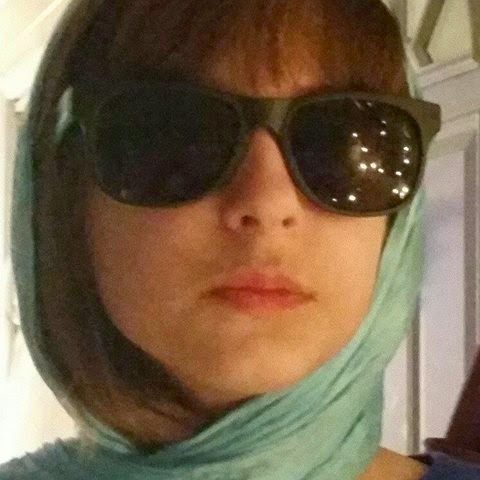 I have really taken a strong dislike in recent months to people who post about their icky, gushing love for each other on Facebook.

It's not even that close to Valentine's Day and yet lots of people are posting their old wedding photos. Being fundamentally cynical, my reasoning for this is:

1 - They looked quite hot on their wedding day. The photographer may have also been rather skilled doing dog shows for all those years. Now their chins are sagging down behind their rear quarters which are sagging in some unmentionable place.

2 - Their marriage is on the rocks but they want to convince themselves and others they are love's young dream. 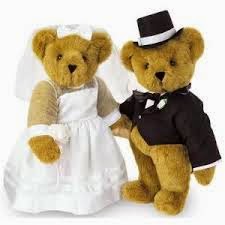 I really wish people would stop doing this and get a room instead. And while I am all for gay marriage etc. the same rules apply. Yes - it's new but who wants to see people in a bout of face sucking? I know I am cynical about the notion of people being genuinely happy in relationships at times that don't involve cake, but even if they are - on the off chance -  I certainly don't want to see it.

I find the case of Mrs. G particularly toe curling. Mrs. G has not been properly named here because it's rude and she might bite my knee caps.

Anyway, back in the days when I went through the motions of being a respectable member of society I would take the kids to the church day care and pretended to smile a lot. Believe me, using those facial muscles have caused all sort of problems for me later in life. 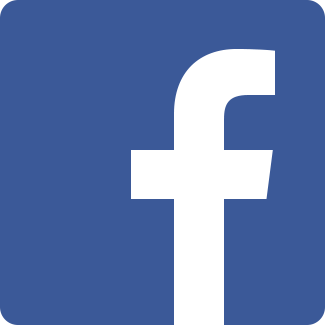 Often when I was walking back to the car I would see Mrs. G., taking her spawn out of her car. Invariably she was never smiling. Still, I would go through the motions of saying hello to Mrs. G. She would either blank me or she would grunt. She had the expression of a distracted guppy. I was really rather fine with that as I'm always looking for a legitimate scowl opportunity.

For some time Mrs. G's better half - the cliche is not wrongly used here - has been a Facebook friend of mine. He seems a nice enough guy, despite his penchant to take the kids to inhospitable places in tents at the coldest time of the year.

However, what kills me about Mr. G is the fact he is always posting pictures of himself with Mrs. G, including wedding shots, honeymoon shots and partial kissing shots. How he can do such a thing is beyond me, I can only conclude he is bullied into doing it by Mrs. G - what do you mean, he loves her?

Today We All Must Be Charlie

The shocking massacres of 12 people, including four acclaimed French cartoonists at the satirical magazine Charlie Hebdo, feels like a new chapter in the struggle between those who champion freedom and those who hate it, although the reality is this fight has being going on for decades.

Still, it was liberating to see squares across the western world fill up with crowds holding banners with the words Je Suis Charlie - I am Charlie, after the attacks in Paris.

In the wake of the attacks we all need to be Charlie. The alternative is to be enslaved, or in the words of Stephane Charbonnier, a cartoonist who was killed in the attacks. "I would rather die standing than live on my my knees." 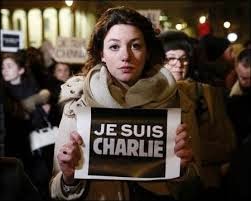 Sadly, more than half a decade after the world powers tried to build a new order based on human rights after the demise of Nazi Germany, millions of people live on their knees. The war against terror did not end with the death of Osama Bin Laden - indeed he was already becoming irrelevant by the time of his death.

Just a day ago a street magician was beheaded by Islamic State for entertaining crowds in Raqqa. The city of Raqqa was once in Syria but today i'ts the headquarters of a movement that routinely beheads, crucifies and intimidates its populace with its extreme version of the Koran. IS rapes and imprisons women and puts those who fail to convert to its extreme creed to death. IS has a built up a virtual nation state across thousands of miles of Syria and Iraq, but those who vowed to wage the War Against Terror post 9/11, merely tinker with air strikes around its edges.

For the humorless despots of IS or indeed the regime of North Korea that the FBI accuses of cyber hacking over its efforts to disrupt the showing of The Interview, satire is a dangerous instrument because it threatens to expose these evil regimes as ridiculous and to shatter their brittle shield of fear.

However, the motto of Je Suis Charlie needs to go wider than this. It's tempting to see the world as the good guys who believe in freedom being lined up against those who would behead and shoot those who practice free speech. America is built on the foundation of "life, liberty and the pursuit of happiness," but the Edward Snowden debacle shows free speech is only free up to a point even in the Land of the Free.

Je Suis Charlie is about the pen being mightier than the sword or the AK-47. It's about our basic freedom to express our opinion however unpopular we may be. Today I am Charlie. We have to be or we will wake up one morning being less than Charlie.