Donald Trump - The Last of the Famous International Playboys

For weeks now we have been held captive at a horror show that's otherwise known as the U.S. Presidential elections. It's apt that it's now October because this is being trapped in a haunted house stalked by a maniac. Watch Don't Breathe and you'll get an idea of how it feels.

This election is like no other because rather than seeing two politicians playing the game, we are witnessing pure psychosis.

Too many words have been written about it already. There's too much vitroil on the feeds. There's not much left for me to say other than Donald Trump - WTF.

In some ways, the election is a demonstration of why we should be who were are rather than who we want to be. Sure most kids on the block who kick around a ball want to have super skills like Lionel Messi but that doesn't mean they should be shoved into Barcelona's starting line-up.

But this is what it's like to be Donald Trump. It's like me during an out of breath walk around the block been told.

"Can you replace Messi in the World Cup final against Germany?"

It's hard to feel any sympathy for Trump but when this debacle is over maybe I'll find a small grain somewhere.

However, it's always a mistake when our egos take over our lives. Let's just look at what Trump was good at.

1 - Making money or at least making a show of making money;
2 - Being a reality TV star;
3 - Being an international playboy.

The idea of Trump as the last of the famous international playboys is a novel one but when you look at the old pictures of Trump he had a certain chiseled handsomeness and a level of self-confidence that made him popular with women.

If Trump was an inappropriate groper that was his business. He would either be cast in the Bond movie Octopussy, face charges or buy off people. It wasn't like he was running to be president of the United States.

It's almost impossible to see anything in the young, cocksure entrepreneur that aligns with today's overweight and angry, tangerine man who hates everything and wears cheap baseball hats to hide the dead duck on his head.

You can see how Trump got here and the answer lies in his all-consuming narcissism. Maybe the man with the flaccid duck on his head misses his old self. Maybe he knows women don't like him because he's Donald Trump - if they ever did - but because of his money. Maybe the constraints of reality TV no longer fit his bulging ego. Maybe the emptiness of his gold plated life just made him angry.

Either way, those comparisons of the last days of Trump's campaign and Hitler's last days in the bunker are not as fanciful as they seem. Hitler, delusional about his forthcoming demise was still giving orders to armies that no longest existed. Trump, Hitler and Mussolini enlisted hate on a grand scale to  achieve their dreams. We should not be surprised when Trump eulogizes Saddam Hussein and Vladimir Putin.

And it's still premature to write about the demise of the last of the famous international playboys. The election had not been held yet and falling into the orange abyss is still a very real possibility.

This song seems apt because any song by Morissey is always apt. And the last of the famous international playboys were, of course, the Krays - thugs who killed and maimed their merry path across London.

Trapped in a Holding Pattern

Today I felt like my life is a holding pattern. I see the lights on the runway but they are a flickering blue. The man with the ping-pong bats shakes his head. No chance of taking off today.

The rain isn't falling outside, it's slamming. It has a weight heavier than water. My phone is already filling up with texts from the ex about unpaid bills. The same ones, month on month. Surely being ground down has never felt more numb? Comfortably so and those bills don't go away. They slowly wind down to the dank place of no return.Take me to the river, drop me in the water. 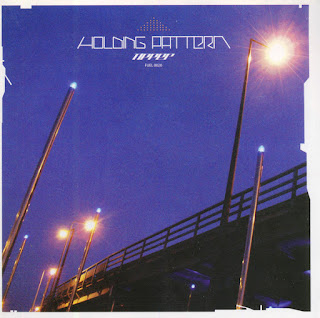 Holding Pattern - couldn't tell you if this band is any good


It's a Saturday but I have to work two jobs. The mountains seem a long way away. The sink is clogged again. Two jobs on a Saturday to pay the bills for the thing that's spiralling down anyway. By the time I'm on the road, I'm less agitated. Dead kids are being pulled out from rubble in Aleppo at the same time as we pull into Dunkin Doughnuts. They point at peanut butter pumpkin doughnuts. Pumpkin is the way of the world now. It's October and October is alway orange. When did we get so pumpkin obsessed? I doubt if there will be much trick or treating in Aleppo this Halloween.

The pastor tells me he has a serious disorder. Think sickle cell. Like being trapped in a cell. Held to ransom by those red blood cells. Why's he so animated? His joy has infected his whole core. It's addictive but makes me back off. Maybe there's something in this God business anyhow. I think of the book I failed to finish this summer. A trashy novel from the thrift store but some interesting material about Shakespeare. Worship from the wrong book and they cut you apart with red hot pincers. Throw in a hangman and the man with the tools for disembowelment.  Why did disembowelment and the church go hand in hand? Think the Bishop of Hereford with the red hot poker used to kill Edward II.

To think I saw the pit in the middle of the room. And it didn't look so bad.

Back to the holding pattern. There we go again - good and evil, hot and cold. Our inability to soar beyond our baseness. Leering at the screen. The sins of the flesh. The barrel bombs fall. I once wrote about it, a highway art program that nobody noticed on a wide suburban road in Ilford. I stopped the car, I walked two blocks and there it was beyond - blue beyond the blue exhaust fumes. Holding Pattern with its cold sapphire lights twinkling on iron poles, unlovely and unnoticed by the angry cars on the asphalt road to London.

Many years earlier I thought of Ilford in a different way. Left behind after class with Mr. G as we pulled out the black and white Ilford films and processed them in the dark room. The heavy and ripe smell of the chemicals and the anticipation as the ghostly images took shape in the negatives. I thought of the trees flitting by on the long drive home. The silence of my parents in the front seat, lulled half into a sleep and imagining the glades in darkness outside the window. I wondered about Mr. G. His daughter,  the annoying woman who tags me in Facebook posts of her holidays. It wouldn't take much to ask but what do I ask. And would connecting two worlds be too much for me? Too much time and space and the teen me no longer recognizable. Another place, another country. But not the privileged place of blazers and crests and houses. Just downbeat uninspirational suburbia.

Looking out at the hammering rain I wonder if much has changed. In a holding pattern still after all this time.