Disintegration of an Ordinary Ranch House

I hadn't realized how visceral and final it would feel,
The everyday items on the floor, the draws hanging loose,
The bicycle ornaments on their side, wrapped in wire.
In the last few days, I had stopped to breathe the morning
To feel the rain heavy and verdant on the luxuriant grass.
But the house felt solid - a reassuring barrier against the elements.
We had felt that way too, as if an embrace could stop the world moving around us
As if our skin on skin could halt the storm and protect us from the sky. 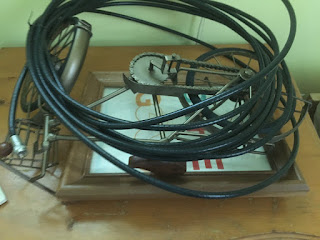 There were no storm clouds when I came apart
No horizontal rain or driving squalls
The sun beat down on a lazy Sunday
The chickens moved sluggishly across the coup
The cats twitched and stretched on the hot concrete.
And something dark and sickening slid below
A realization that this time it would never be the same.

This sudden disorder was a shock
But I asked myself why;
Picturing the many moves, the slow closing of doors, the day-to-day drift
Perhaps it was a mirage too - the train across the road a mere specter in the night
The low voices in the early hours already drifting out of memory
The sense of belonging, as flimsy as the dandelion clock that counts the degrading hours.

This house was nothing more than ordinary
Another ranch house on a suburban street
Where families come and go and nobody recalls,
And yet as I watched it being torn apart
Its entrails scattered to the west wind
A nagging thought wormed its way into my fevered brain
This ordinary ranch house was the closest thing to home.