Richard III Comes Home to Leicester Of All Places

You have to spare the odd thought for King Richard III. Demonized as a scheming hunchback by Shakespeare, and found with his skull smashed in, the King now has the ignominy of being laid to rest in Leicester cathedral. 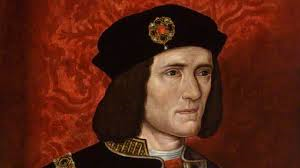 England has a lot of fantastic cathedrals but I do not believe Leicester is one of them. Apparently it looks like this; still better than those makeshift places that they call churches in the US, but even so... 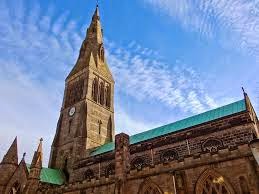 When we last caught up with Richard he was not doing splendidly at the Battle of Bosworth field in 1485 when he was offering his Kingdom for a horse but ended up with his head staved in anyway.

In 2012 the remains of the king, with a curved spine and the previously mentioned bashed in head, showed up under a parking lot in Leicester. If you have not been to Leicester you may not appreciate what an un Kingly resting place this is. Parking lots in Leicester are generally for having fights and throwing up curries in.

Richard was dug up and a legal battle began over where he should be buried.

a group calling itself the Plantagenet Alliance, argued it was the medieval king's wish to be buried in the historic northern city of York -- the city they claim was closest to his heart. Not only is York pretty but it has more of a kick ass cathedral than Leicester. 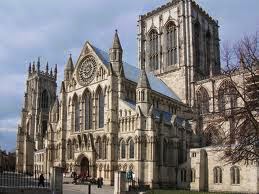 
On its website, the Alliance -- reputedly made up of people who are distantly related to Richard III, and headed by Stephen Nicolay, his 16th great nephew -- set out its argument to have him reburied in York.
"We believe that the proposed location of Leicester is wholly inappropriate for the burial of King Richard III, who had no connections with the town beyond his horrific death, bodily despoliation and appalling burial in a foreshortened grave," it said. 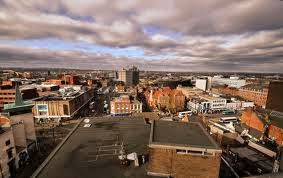 Lovely Leicester
Eventually they were unsuccessful and Leicester won. The folks at the University are even saying it might bring more visitors to the city, although that would involve them ignoring its abject ugliness.
Maybe I am jaded by my horrendous night at the Park Hotel when a drawer fell on my feet and prostitutes were tumbling down the stairs.

As well as all of the bad publicity about being general evil and killing the Princes in the Tower, Richard III falls foul of that joke about the Irish guy who goes to the library and demands a book called "Dick Shit."