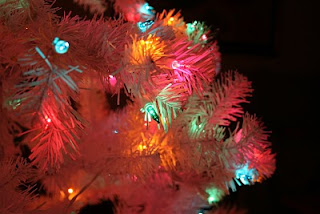 I have a sneaking suspicion Christmas used to be more exciting than this when I was a kid.
For a start it's almost 4 am and my daughter is soundly asleep while my wife is downstairs wrapping up her presents.
If it had been left to me I would just now be trying to ascertain what stores are open at almost 4 am on Christmas Day.
When I was five-years-old I don't think I'd have been asleep at 4 am. On one occasion I stayed up most of the night in fervent expectation that some old guy with a white beard would leave a few eclectic offerings at the bottom of my bed.
Of course I didn't believe that rubbish some adults told us that Santa arrived down the chimney, because we didn't have one. Nor did I believe there was one Santa for the whole planet who visits x billion kids in one night. I'm not sure how anyone can fall for that.
But I did believe in Santa, although I rationalized it. I figured every local authority employed a few Santas that went round the houses ringing door bells. Hell maybe they had a Santa budget and a Christmas Committee that would make great fodder for the local newspaper when they implemented Santa cuts.
My thought process didn't make for an easy night. For a start, I'd listen out for the bell to ring for hours on end, probaby pissing off my parents no end.
Then after I finally fell into a fragile sleep for 10 minutes, I would feel the wonder of the magic stocking at the foot of my bed and eagerly trace the outline of the presents through the fabric.
I didn't actually get stockings. My mother put our presents in a couple of pairs of her hose (tights as they are known in the UK) which is just plain wrong now I come to think about it.
Then when we were finally allowed to open our presents at around 5 am we would rip them open enthusiastially and cherish each one, even the apples and walnuts that my parents used to pad out my mother's hose.
Often there would be a book about ghost stories and my sister and I would tell each other tales under the tree.
In the case of my daughter it's different. She'll wake up at about 9 am, yawn a lot and ignore most invitations to get excited about Christmas. Then she'll matter of factly open her presents and bug me to get out my chainsaw to remove them from their Fort Knox approved packaging.
I'm tempted to use her reaction as an allegory on how Christmas has lost its excitement and meaning.
But maybe she's just like that.
at December 25, 2009 3 comments:

The Chinese don't have a Year of the Yak but, if they did they would surely devote it to hairdressers.
I braved the salon early this morning in the vain hope that the hairdressers woudn't have oiled their jaws with coffee at such an hour.
My good intentions were in tatters within 10 seconds. That's how long it took for my least favorite sylist to catch my eye and to lure me across the room to her tatty torture chair.
No sooner had I recovered after a close to strangulation encounter with the black gown she had clingwrapped round my neck, than she was subjecting me to a barrage of questions about Thanksgiving, her matronly hams fiddling with various razors and bottles by the mirror.
I desperately played for time, talking slowly and mumbling something about recalling a turkey. The subtle hint that I was at Supercuts for a haircut as opposed to a cross examination was left to dy up on the cutting room floor.
My hairdresser continued into a spiel about how she didn't want to get up at the "arse crack of dawn" to visit her father on Christmas day but perhaps he wouldn't force her to do breakfast because her sister had moved to Georgia and they were close before, but nobody had liked his first wife but now they were divorced the situation was better and perhaps they would do breakfast and perhaps they wouldn't and did I want the back of my hair flattened off or rounded?
She had to repeat the last bit because I was flatlining.
In such situations I tend to be polite but monosyllabic. Maybe I have been beaten into submission by hairdressers. Back in the UK they'd always go on about their holidays but here in the US nobody has holidays so they talk about turkey and how oyster dressing makes them flatulent.
The only hairdresser I have ever had who hasn't submitted me to a verbal ordeal was a taciturn Russian woman I went to in Ilford who was more likely to cut my ear off than talk it off.
But unless I stand up to hairdressers soon I am going to snap because the alternative will be ending up resembling a montage of all of the early Jackson 5 because I'll be too rattled to ever get my hair cut.
Maybe I should have blurted out: "I'm sorry. I thought I came here for a haircut rather than a monologue on your dire and dysfunctional Christmas arrangements."
But knowing me I'll just continue to nod my head and run for the door as soon as she puts down her yakkety scissors.
at December 05, 2009 2 comments: