In 2011, I wrote in this blog about how it was time to defriend Mark Zuckerberg and surgically remove Facebook from our lives. Facebook, I argued, was becoming increasingly Big Brother and was monitoring our every movement. It was doing it in a more insidious way than having an angry face staring from TV screens into every room. Of course, a lot of things have happened since 2011 but a lot of things have stayed the same.

Two things strike me about that blog. The first is that I did not heed my own advice. I probably check Facebook at least 10 times a day and not because I derive any pleasure from it. It’s become a habit as mundane yet as routine as making one’s bed. I’m not sure that’s a good example.
Secondly, the Big Brother concerns about Facebook have grown beyond the theoretical to become a great big orange, in your face reality. 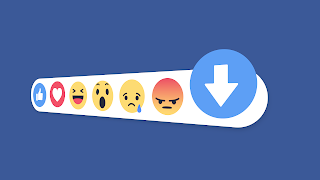 Cambridge Analytica, a political data firm hired by President Trump’s election campaign, improperly obtained data from as many as 50 million people from Facebook and used it in nefarious ways that may or may not have impacted how we voted.

The result was a rare appearance of Zuckerberg before the U.S. Senate and an article in The Guardian by Julia Carrie Wong about a mistake she made 14 years ago with a boy and no, while Zuckerberg did not give her herpes, the virus of Facebook has wormed its way into our lives and infected relationships.

Given all we know about the corrosive nature of Facebook, why do we still do it? To be fair this can be said about many facets of life. Why do we derive perverse pleasure from pulling nose hairs on the freeway in front of loved ones? To some extent, this may be because we are oppositional and take some pleasure from making people squirm.

It's like those people who publish stomach churning ‘couple’ pictures on Facebook and frame them in a heart for good measure. The subtext here is 'we have love in all it’s sickening lovedom and you are stuck home alone cleaning up cat sick.' We are getting action and you are not. We are far too cool for school.

Much of Facebook is about projection rather than reality. We post the pics that hide our sagging double chins. We breathe in. We seek to look debonair or like 'dad of the year' taking the kids to Billy’s Popsicles to rot out their teeth on an estranged parent’s watch.

We don’t wake up in the night and tell Facebook what we are really thinking. To be fair I have a Facebook friend who does that. S from a less desirable London borough who tells us less desirable things about her life, her workmates who generally make her want to puke, the fact she hates getting up so early; the delayed train, the broken arm, the ex-lover who should be avoided with a poopy stick because he’s a stalker. Her life is as rancid as anything that has ever come into contact with Sean Hannity. And we all need to know every putrid detail.

Funnily enough, nobody wants to read this stuff. We don’t want to read about someone’s life as a train wreck because there are elements that are disconcertingly familiar. We may not be S from the sad London Borough but we are all a few inches from derailing.

My trip back to my 2011 blog self makes me realize how much things stay the same. Mark Z can look as nerdy as the nerdiest kid in physics class and we still won’t defriend him. Looking back to my blog of 2011, I realize something else. People read me and responded. I was the popular kid in the class. Mark may even have wanted to be me before he started making $2 million a minute. Now I write to a void but hey – I have 482 friends on Facebook and plenty of love pictures. What more does a self-respecting guy need in 2018?
at April 17, 2018 No comments: