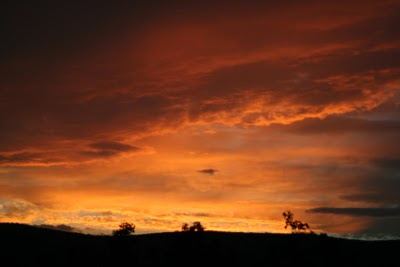 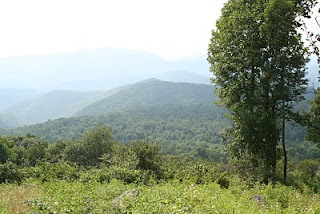 So a week ago I was sitting on a plastic chair on the deck watching the sun set over West Virginia, with a  pleasant and healthy twang in my legs from a gruelling walk down to a waterfall in the Shenandoah Valley.
It feels like another lifetime.


That was about 24 hours before we returned home to mounting bills and angry notices in bold type and more than 120 hours before the end of a week surviving on Ramen noddles and empty promises, dreams of a different life and the reality of applying for second jobs demonstrating magic sausages in supermarkets or driving a forklift round a warehouse at 2 a.m.
You can dress up the American dream anyway you want but I have a recurring and distubed vision now that it hangs naked and blanched from an elm tree at midnight like one of Salvador Dali's dripping watches weighed down by 30 pieces of silver.

Today the mercury rose to 107 degrees and the air was almost too heavy to breathe. The East Coast sweated, its skyscrapers were warped and indistinct in a heat haze. The grass turned yellow and then turned in on itself. The smell of burning rubber stalked the freeways and tunnels.

Conversation was muted in the newsroom as if the heat had knocked the life out of everyone. There are large, redundant spaces, whole departments that lay waste and forgotten. I had not thought efficiency cuts had undone so many.


Sighs, short and infrequent, were exhaled, as we shuffled out of the heat and watched the clock mark the slow passage of the remains of the working day.

America seems to have been subdued for so long. It is no longer the place I read about at school; Cohen's cradle of the best and the worst.


On this day in 1967, a bothed police raid on a party in Detroit led to five days of rioting that left 43 people dead, 1189 injured and over 7000 arrested.
America is less inhuman now but perversely less human too. Yesterday's rioters are resigned to their lot, to push trolleys full of rotting goods through stip malls riddled with concrete cancer.
The euphoria of Obama's election victory has long since faded away. The visionary has turned back into a politician. The cheer has been replaced with a half hearted sigh in a place where the air is sticky and stuffed with the rank humidity of summer.
Passion is a mere snapshot and a rictus of memory; a face in the dark and sensation snatched away, a promissoy note that we can never pay.
The cities are listless and wilting in the heat or the recession but not all is lost.  Beyond the horizons of our petty struggles the mountains still endure.
at July 23, 2010 3 comments:

The fall and fall of 'Mad Mel' Gibson

They thought they could get away with it but they didn't count on me to be there to remind them.
What am I talking about?
My female friends who had mad crushes on heartthrob actor Mel Gibson back in the '90s., of course.
After the release of Braveheart half of the female reporters in my newsroom were bestotted with the actor, notwithstanding his penchant with wearing skirts and intimidating war paint.
My observation that Mel was really rather short and the camera angle was flattering was blown away like the English army under an onslaught from William Wallace, who according to legend was a massive individual.
But now that Mel's latest purported hate, sexism and racist filled rant is doing the rounds, those fans from the '90s seem to have gone to ground.
"Thanks a lot, David," responded one when I tactfully alluded to her former crush on Mel on Facebook.
I'm not going to devote this blog to analysing what went wrong with Mel although a shrink could have a field day with the actor who is rapidly becoming Lindsey Lohan's older dysfunctional twin.
My own theory - that Gibson suffers from SGS (Short Guy Syndrome) - probably wouldn't stand up to the test, although there's evidence out there about short guys; think Napoleon, Hitler, Stalin and magician Paul Daniels; you're going to like it - not a lot.
In any rate something has been eating at Mel in recent years.
Pictures of Gibson with now ex-girlfriend Oksana Grigorieva, depict a man who has left the matinee good looks apparent in Mad Max and Braveheart behind some time ago.
The actor, now described as Mad Mel, by the tabloids has the crazy paranoid look of the type that can be found at a trailer park near you; sitting drinking bourbon next to a pick-up emblazed in Confederate flags.
Quite why Gibson went off the rails is a mystery to somone who is spending this week eking out a miserable existence after spending too much money on vacation.
Give me a fraction of Gibson's vast fortune and I'll promise to be eternally happy and not to direct rants at anyone. Not even bank managers.
I can only conclude Gibson's demise is proof that money can't buy happiness or love and Gibson clearly learned nothing from his role in What Women Want.
The actor's latest outbursts could cost his career dear.
Bloomberg Business Week reports his latest film, The Beaver isn't going to be released any time soon - http://www.businessweek.com/news/2010-07-19/mel-gibson-outbursts-mean-summit-may-postpone-film.html.
I doubt if the box office will be beaten up about the loss of a movie which stars Gibson as a man who converses with a beaver puppet.
Still what's left of Gibson's reputation may have been saved if he'd kept his mouth shut and opted to leave it to the beaver.
at July 20, 2010 1 comment:

July 4 and all that 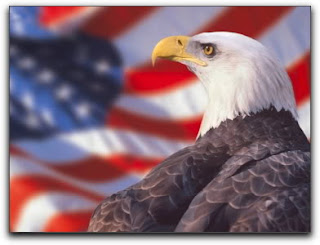 There was some kind of celebration here in America today, and briefly I felt I should do something about it.

I should have knocked the moths off that old red tunic, paraded around the block and sung praises to God and King George.

The nationalistic spirit had subsided by 9 a.m. at the sight of some good old heartening American waffles injected with a cocktail of indecipherable chemicals.

Today probably wasn't a good day to make a show of Britishness.

For a start America has turned against Britain of late. There was the small matter of an oil leak in the Gulf of Mexico that has been gushing out about 104,000 gallons per hour, since April 20, and the fact that British Petroleum (formerly BP) is responsible.

Americans used to like a British accent. Now it reminds them of BP Boss Tony Hayward, the bounder and cad in charge of the oil conglomerate, who fiddles on his yacht off the Isle of Wight as turtles burn in the Gulf.

July 4 passed me by anyhow. When I first arrived in the US the extended family invited me down to their pool, decked me in the colors that don't run, although they do on a cheap T-shirt when you get it wet, and made me an honorary American.

Today I am about as popular as Hayward and they gave up on the July 4 treatment some time back. July 4 was spend blitzing the condo in anticpiation of the arrival of my folks from Blighty, and blitzing it badly at that.

Things went well for the first couple of hours. Clutter got decluttered and we found abandoned chocolates in closets.

Then we had a couple of glasses of red wine and fragmentation set in. I threw a couple of items in boxes, fell over and damaged a shelf and found myself crashing out until 6 p.m. My wife's protestations were met with feeble groans.

There was little sign of celebrations outside, although the smell of BBQs wafted from outside and I finally embarked on my July 4 curry.

While I'm glad for the holiday the whole thing leaves me uneasy. For a start independence was declared before the red coats were even on the boat home; not cricket in my book. I recall a press trip in DC on July 4 back in the day. The wall to wall flags and the uniform march of feet down the Mall left me intimidated.

I'm all for American independence but, let's face it,  it would have happened sooner or later anyhow with or without Washington, Jefferson and Adams. And Yorktown was hardly a battle to rival Waterloo, Trafalgar or Hastings in 1066.

Rather Cornwallis, faced by the angry hordes, the mosquitos and relentless sun realized it was time to call it a day and get back to Blighty in time for a decent cup of tea.
at July 04, 2010 4 comments: