Robbie Williams - A Brit Naughty in the USA

I chanced on this video the other day and it made me wonder whatever happened to Robbie Williams. There's something rather appealing about seeing Robbie out west in Montana or Colorado or wherever this video is shot.

He looks a bit like an odd fish out of water on a horse, a naughty Brit in tight Union Jack jeans who is intent on getting frisky with the local girls - or at least one who looks like the lady who was a Mermaid from Splash.

Clearly, Robbie wanted to make a splash too, looking all moody in the hot tub, making eyes at the mermaid chick.

The video is funny on a number of levels, not least because Robbie grew up in Stoke On Trent, a place of grim back-to-back houses and beaten up chip shops. It's one of those places the train stops at on the West Coast Mainline to the great industrial cities of the north and you find yourself thankful you are not getting off at.

Robbie, by all accounts, was constantly in trouble at school. I doubt if he ever set eyes on a horse. He was selling double-glazing (not an expression you hear stateside) until he entered a talent show, joined the boy band Take That - and the rest is history.

He was married in 2010 after a couple of stints in rehab. The last media I can find on how was the cancellation of two concerts due to 'worrying test results.'

Rochester - A Solid Presence on the Medway

I like Rochester. If feels as old as time itself and has an unassuming saltiness from the nearby estuaries and the Medway. 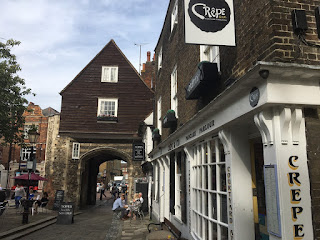 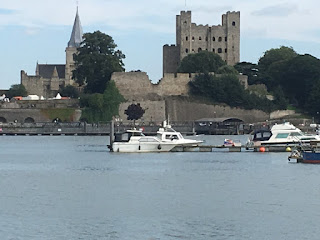 Although I would take issue with the Guardian writer who described it as "ravishingly beautiful," it's certainly pleasant and picturesque in a very English way.

Unlike Canterbury, Rochester is thankfully free of the hordes of tourists. It feels like a find. We were here half a decade ago. A picture of my daughter throwing a tantrum in front of the sold castle comes to mind.

To be fair, the castle has seen better days and worse days. Rochester Castle is famous for its huge, brooding keep. We climbed high up the ruin and gazed down at the chasm. Above the dank place that was once the cesspit we read about how in medieval times, all the human waste was dragged past the kitchen and out of the castle once a month. The lord and lady would make sure to be out of town on this particular day. 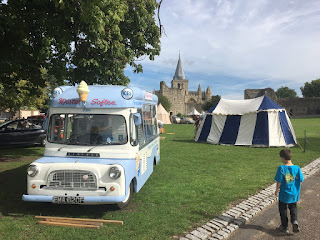 Rochester Castle is famous for the Great Siege of 1215, an event that brings to mind the defense of Helm's Deep in The Lord of the Rings. In the same year, King John had been forced to sign the Magna Carta, a document that placed the Monarch under the rule of law and arguably for later democracies and the American system of government.

The barons decided John could not be trusted to implement it and the scene was set for a bloody civil war. With rebels holed up in Rochester Castle, John laid siege to it. The siege engines battered the castle walls day and night, but still, the great keep held.

Eventually, a mine was set beneath the south-east tower, causing it to collapse. John was reported to treat the garrison mercifully, allowing them to leave after their hands and feet were lopped off. 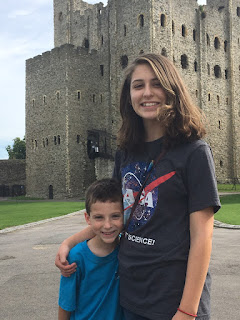 The brutality of the past is hard to envisage on a sunny afternoon on the castle green. Below the steps of the castle, a Rolls Royce had pulled up and a bride posed for silence. The afternoon was punctuated by the sound of gentle tap tapping as participants in a renaissance event put up tents. 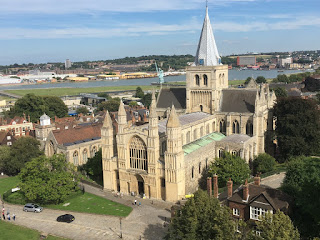 Rochester is a city of cobbled street and old pubs beloved of Charles Dickens who set Great Expectations and The Pickwick Papers here. Dickens spent his final days here and wanted to be buried in the understated cathedral. Instead, he was buried in Poets' Corner in Westminster Abbey. 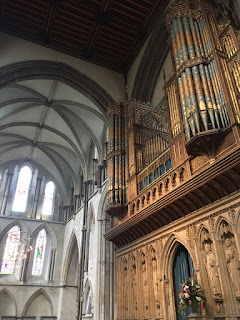 Dickens' love of Rochester is understandable. It may not be ravishingly beautiful but the city is pleasant. It's like that friend or lover who you felt the closest to. No matter how long you are away, it's always blissful to come return.