How Graphic Should Sex Scenes be In Literature?

In my previous novel Red Savanna there were sex scenes but they were somewhat tame, hinting at carnal goings-on but not being overly graphic. This may be just as well because my characters were trapped in a rapidly deteriorating African civil war - a situation that does not make for intimacy or good personal hygiene.

In my second novel Reportage, I decided to ramp up the sex a bit but run up against the dilemma about how graphic the sex should be. In Reportage two young reporters get it on - the staid and slightly pompous Charles and the vampish Penny, Anyone who has worked in newspapers will know they are hotbeds of sexual dysfunction, although my experience tends to suggest British newspapers are more salacious than those in the United States, perhaps due to the vast amount of alcohol we drank to dull the pain of long hours, low pay and constant deadline pressure.

On one newspaper, we expected editors to have affairs with secretaries but it was still a bit shocking to hear one of the admin girls boast about buying a butt plug for the managing director.

One editor even succeeded in getting himself fired by getting into a fight with a pimp over payment of a prostitute. Needless to say all of the players in these various tawdry scenes were married but I assume the recipient of the butt plug was the man  who made the firing decision.

Still some novelists have gone for the graphic. When I think visceral, I think JG Ballard. Personally I find the sort of terms a gynecologist might use to be a turn off in literature. Who wants to read about vulvas and scrotum?

On the other end of the spectrum there were those trashy bodice rippers with their flowery language that one's grandmother read back in the day. "He caressed her womanly curves" etc.

I turned to help to a website on 10 Amazingly Written Sex Scenes for some help. Some of these are rather raunchy and not appropriate for a blog without the adult filter on it. I was interested to see On Chesil Beach by the incomparable Ian McEwan on this list, not least because this novel is on my bed side table but I haven't got far into it. It's actually about a newly married couple who have sexual issues.

The novel builds up to a crescendo. Yes I deliberately avoided the word 'climax.'

"Had she pulled on the wrong thing? Had she gripped too tight? He gave out a wail, a complicated series of agonised, rising vowels, the sort of sound she had heard once in a comedy film when a waiter, weaving this way and that, appeared to be about to drop a pile of towering soup plates."

Clearly it doesn't get hotter than a pile of towering soup plates. And then there's DH Lawrence - the author who shocked polite society and whose novel Lady Chatterley's Lover was banned in the early 20th Century, but doesn't seem so risque now.

"With a queer obedience, she lay down on the blanket. Then she felt the soft, groping, helplessly desirous hand touching her body, feeling for her face. The hand stroked her face softly, softly, with infinite soothing and assurance, and at last there was the soft touch of a kiss on her cheek."

In the end I decided to just write it and go with the flow. Here's the prelude to naughtiness.


The conversation took an unexpected turn when she started stroking his hand. “Let’s not have our first matrimonial before we’ve even got to know each other. You do want to know me better, don’t you?”

Matthews decided against reminding her it was not their first matrimonial even though he had a reporter’s instinct to correct. “Yes Penny,” he said hesitantly.

“God Charles. I really have pissed you off haven’t I? I need to make it up to you. Let’s get out of this dive and go for a ride.”

Soon they were back in the BMW, Matthews feeling a soft fuzziness from the wine he had drank to soak out Penny’s performance. The high towers of the docklands, the gas holders and gaunt cylinders flitted by. Finally Penny pulled hard right and they went through a hole in the fence and into a rubble strewn yard behind a ghastly concrete warehouse that was rotting away.

“God Penny. Where are you taking me? This looks like a perfect place for a murder.”

“I know. Grim isn’t it?” she said, barely concealing her elation. “Dad owned this place 20 years ago. It was a slaughter house but he got out of the killing business. You were right.”

Matthews made out some crumbling metal cattle pens and a vague sad image of the lumbering beasts going to their deaths  appeared in his mind. Matthews had toyed with vegetarianism. Places like this were the reason why. He looked into Penny’s eyes, wide, possum-like and comprehending in the dark.

“I don’t like meat either. I urged Daddy to drop that side of his business and he did. I wouldn’t mind yours, though.”

He turned to her and she had collapsed her seat. Her skirt had been pulled half way up her pale backside and she was tugging on her panties.

“Come on Charles. When did you last get some action with that zipper?”

“I do OK,” he said, realizing to his chagrin it was probably at least a year.

It's July - Let's Be Total Dickheads

There is something about July that seems to turn people into total dickheads. I'm not sure if it's the humidity or the almost daily rainstorms, but it  has certainly brought a dick head onto every street corner.

This weekend marked the July 4 holiday but I chose not to celebrate the liberation of British people from Americans as I was feeling rather down due to a legal bombshell, so instead engaged in some wallowing in loneliness and self pity. 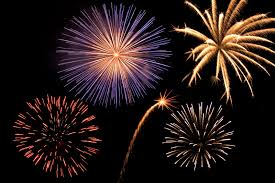 I wasn't going to go out at all, but eventually wandered the mean streets of River City just before the firework display musing on how I needed to finally cleanse River City out of my system and make a new start. The fireworks, which I expected to be token and derisory were actually rather impressive. Then I saw the obligatory dickhead. I would say he was 18 and he had just lit five sparklers in his baseball hat and was running around yelling, cutting a swathe in the crowd on the sidewalk.

Clearly obligatory dickhead was not aware of the fact that sparklers cause more injuries than any other firework in the country - about 700 every July 4 and they burn at 2000 F. The obligatory dickhead's squeals of excitement quickly turned into yelps of pain but he managed to throw off his hat before the sparklers fried his gray matter - which would have taken about two seconds.

Tragically a guy called Devon Staples from Maine was not so lucky. Staples decided it would be a good idea to place a firework mortar tube on his head and launch off a firework, according to police. He died instantly. His brother, who disputed the head launching account, said there was very little of Devon left.

Another accident in Orange County, Texas could have been avoidable, methinks. A 28-year-old man called Tommie Woodward decided to ignore signs that stated "No swimming - alligators," jumped in a bayou and even yelled "blank the alligators" before the aforementioned creatures had him as a late night snack.

It should not really be necessary to point out that fireworks and alligators are inherently dangerous but maybe that's not as obvious as I thought. I know July sucks folks but please resist the temptation to be another dickhead.