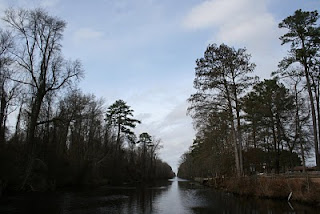 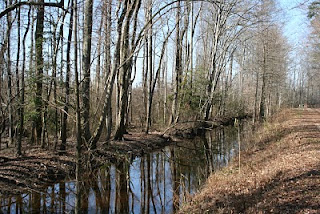 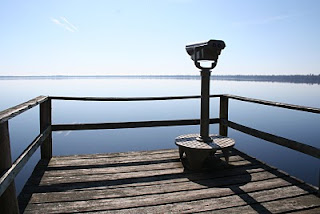 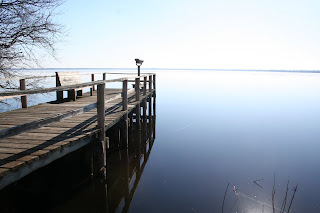 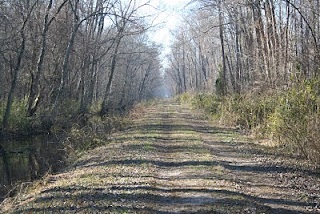 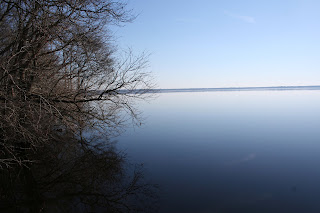 As visitor attractions go the Great Dismal Swamp doesn't always feel like the most rewarding place to visit.
If you go to the Grand Canyon you drive into a parking lot, get out of your car and peer over the edge at a vast chasm and a multi-colored wonderland of buttes and mesas.
The Great Dismal Swamp that straddles the border of Virginia and North Carolina, doesn't have the same must-see appeal. If you wander into the Great Dismal Swamp you find a crazy tangle of trees, a maze of water filled ditches and a confused haven for nests of snakes and multitudes of tics.
People seldom come here to find something; they are more likely to want to lose themselves in the overgrown mirk of the place. During the days of slavery underground railroads ran through the swamp and slaves eked out an existence here in desperate colonies to evade their erstwhile masters.
It was so vast and so thick that some who entered never returned.
The young poet Robert Frost, despondent over a broken heart, came here to "disappear" but changed his mind. As the November night fell over the swamp, Frost was put off by the bottomless waterways that swallowed even the light of the moon and headed for home the next day.
If the swamp has a focus it's the spherical Lake Drummond at its heart. But you can lose the skin on your feet and your will to live not to mention the occasional friendship on the four mile long trudge down a ramrod staight path down the Washington Ditch trail.
But if you keep on trudging, you turn a sudden dogleg to the right and Lake Drummond opens up like a glittering jewel in the most inhospitable of places. There's certainly something magical about this empty and untouched expanse of hourglass water fringed with cypress and tupelo trees in the heart of a ragged wilderness.
A new state park beside the Dismal Swamp Canal in North Carolina now affords a new access to the swamp but it's a long haul for walkers to get into the heart of the swamp.
Fortunately the new park includes a boardwalk for visitors who want to check out the swamp without getting blisters.
at January 25, 2010 No comments:

Newspapers in the 21st Century barely resemble the place I was first introduced to when I worked on my local paper at school.
The Gloucester Citizen used to be crammed into offices down a narrow Medieval lane. On the upper floor the journalists bashed out copy on bulky typewriters the size of modern photocopiers and chain smoked in murky corners.
Below them the 'inkies' toiled away in a mini print works. By 2 p.m. all the court copy, minor crime and council material had been transformed, by a mysterious process from messy and double typed pieces of paper sprewed from the hukling typewriters into newspapers that rolled out by 3.30 p.m.
By 4 p.m. I were on the bus home, clutching a copy, with page 4 prominently displayed in the hope fellow passengers would pick up on my by-line.
It's one of the fallacies of rookie journalists that members of the public actually care who writes a story. In reality you could use the by-line "Adolph Hitler" and few would pick up on it.
By time I took a journalism diploma the industry was already changing. Although we showed up in Cardiff with our typewriters, which would be left in a drop zone in the middle of the "Woodie" pub during extensive after course drinking sessions, an online newsroom arrived half way through the course.
For a couple of weeks I found it almost impossible to write copy directly onto a computer. I missed those tiny pieces of paper that meant stories were segmented up into their constituent parts. But finally the small blue typewriter was abandoned in favor of new technology.
Some time earlier modern technology had hit the industry like a digita tsunami. In great secrecy media mogul Rupert Murdoch had moved his London papers to a vast East End compound in Wapping, dispensing with hundreds of 'inkies' in the process sparking a virtual siege by the trade unions.
The industry was becoming a lot cleaner and a good deal more clinical.
Still the characters from the old days lingered on.
One of them was Alan Coles, a formidable former sub (or copy) editor on the Daily Mirror, who had been hired to teach on our course.
Coles had a face that was made for East End pubs. Pitted and gaunt with dark eye sockets Coles conjured up images of darts, overflowing ash trays and the collective mutter when the last orders bell was rung.
Coles was the guy you didn't want editing your copy. Except here he was taking home all of our pathetic, fledgling efforts at news.
Unlike the other tutors Alan didn't shield us from the withering intolerance of Fleet Street. Copy was returned with so much red pen on it, it was difficult to read the original words.
If you had "boring, boring, boring" written on your story, you breathed a sigh of relief.
One of my friends had a story on a golf game returned with: "What a load of balls" written on the top.
When the course tutors posed as emergency service works on the end of the phone, the two words: "Fireman Coles" were enough to send the reporter into a fit of paralysis and to leave the conversation without getting details of the fire. Coles would occasionally break from character and burst through the door to scream: "Ain't you going to ask about the fire then?"
I knew Coles was losing it to some extent when he presented a lecture on measuring copy with a ruler. I may not be the most techni-savvy reporter, but even I realized you could probably do that on the computer.
Eventually his contract wasn't renewed. Some of the women on the course took exception to Coles. The time when he said they should smoke because everyone in the newsroom would be dragging on a cigarette seemed to be the turning point.
When I started work on a newspaper Coles lived nearby and he would call me occasionally. Although he put the fear of God into people I missed him in a way. He represented the industry back in the days when Britney Spears' fashion faux pars did not a story make.
Coles wouldn't last five minutes in today's politically correct newspaper world. I can imagine him waving his ruler around and yelling: "What the fack is Twitter?"
But in a world when we can spend eight hours lost in the depths of the internet and not talk to any colleagues before we head home, characters are welcome.
And I can still hear his voice now when I write certain things that wouldn't pass the Coles test.
"Emerge. You don't emerge. How does a person emerge into something?"
at January 24, 2010 No comments:

Over the weekend, or at the weekend as we say in the UK, I was unlucky enough to find myself in Sears.
I’m not sure how this happened. The plan was to have lunch and visit somewhere picturesque such as Smithfield so as at least we could look at some fairly old buildings as hypothermia set in.
But the mother-in-law had apparently seen a stroller system for $75 and as we only have two months to go until our new arrival we thought it was a prudent idea to check it out.
In saying that I had forgotten that Sears is like one of those vast department stores from the Soviet Union in the Brezhnev era. Somebody had a vision a long time ago but nobody can remember who or when. In the British context it’s one of those jack of all trades places like Woolworths, that recently folded because nobody could remember why the stores were there, apart from the pick ‘n mix candies.
After fighting our way through sections of ‘man tools’ and dung brown ‘man jackets’ to match the ‘man tools’ we finally found the desultory infant section. The labeling wasn’t clear but it looked like my mother-in-law had made a mistake and the $75 price tag referred to a cot beneath the stroller.
In any case the wheels had been removed from the strollers and they looked like nobody had bought one since the Punic Wars.
Foolishly we persevered and tried to find a member of staff to give us a price check, which is not a straightforward task in Sears where staff pretend to be members of the public to avoid awkward customer questions.
We finally found one lady who admitted, under heavy cross examination, to being a member of staff.
She immediately looked panicked and about 200 miles out of her comfort zone at being asked to discover the price of an item in a different department.
Had we asked her if she could unravel the Da Vinci Code we might have had a more positive reaction.
Finally she showed up by the stroller with a cumbersome hand held gadget. She proceeded to press some buttons. And she pressed more buttons and frowned. After 10 futile minutes she left to get help. She returned with the same cumbersome hand held gadget, pressed the same buttons and frowned again.
After an age of grunting and fumbling during which even my daughter got tired of pressing the buttons and flashing lights on the vibrating baby seats, the store worker went to seek out a manager.
Another 10 minutes later a harried, unsmiling woman with the complexion of a disaffected veal calf, arrived to tell us she had no idea how much the stroller was either. She disappeared into a sinister looking back room and finally told us it was $170, with the air of someone who had plucked the figure out of mid air.
My wife told me she had encountered the same manager a few days earlier in the women’s restrooms when she had managed an unpleasant blockage situation.
The woman told my wife the men’s washrooms were always a lot worse.
I was about as dubious about this information as I was at the price of the stroller.
It’s never a great feeling when you leave a store knowing you would have had a better customer service experience in Wal-Mart.
at January 07, 2010 4 comments: 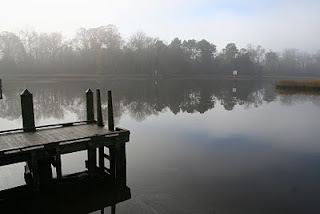 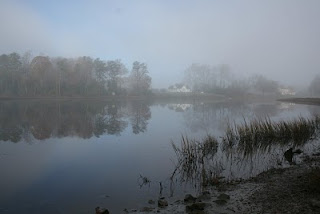 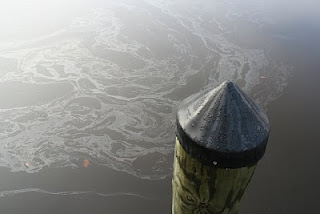 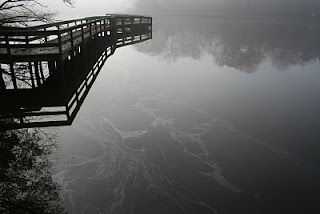