The Leaving of England

The days we leave are always the best of days. There is a pure shaft of sunlight illuminating the marble across the floor and a morning chill outside the heavy door.

Beyond the rambling houses and this comfortable suburbia the landscape beckons. It's a morning to lose yourself in deep lanes with high hedges and fields lined with beech trees and gleaming cowslip above the downs. 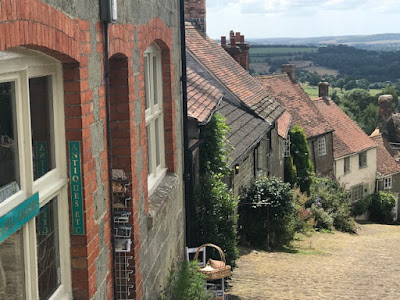 You feel the essence of England most keenly when you leave. There's a fresh smell to the air that's lost on the natives. There's a distant hum of planes in the fragile blue sky.  it's a day to find ruined castles clad in avenues of briars or to see the quicksilver of the Thames from a nearby escarpment.

I'm not sure if I'm alone in feeling this essence of paradise lost. I don't believe in Jerusalem in England's green and pleasant land. But I realize now in the leaving that's it's the closest thing to home; England with all its contradictions, its subtle understatements, its hedge mazes that flatter to deceive and it's perfectly landscaped vistas. I feel I was always nomadic and destined to wander. Growing up, I had hated the claustrophobia of the mild hills that held me in; I had yearned for ruggedness, big horizons, and jagged mountain tops to climb.

Now I don't know anymore. I'll miss the cozy pub gardens, the stores that never change their names, the half-smiles and the memories of those high banked lanes we drove down as kids. Does the place we grew up define us or are we a reflection of the stops along the road?

Right now I'm not sure but I'm missing the places I never got to see and the people I meant to catch up with who slipped by because there was not enough time. England has gone on without me and better mortals. The vaults of Westminster Abbey are full of the learned and the powerful, yet today they have less influence than the men and women in red jackets on the tickets desk. We are just a moment in time but we should take the time to watch that shaft of sunlight play on the marble floor because it's part of this blessed plot, this earth, this England.

Random thoughts and images occur to me often. Today I had a vivid memory of Stan the Funny Man.

Stan knew my grandmother. Some kind of agency put him in touch with her. I'm not sure why or how or what agency would really want to put anyone in touch with my gran. 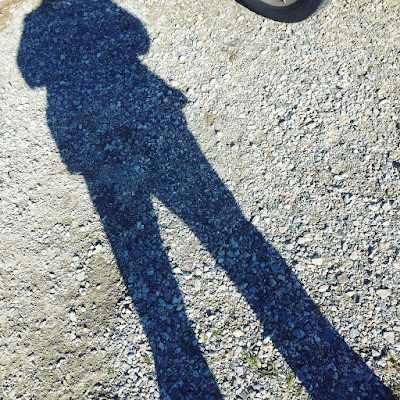 I remember Stan being tall with a large nose. He walked into the antique dining room, bringing his large nose in tow. He muttered a few inaudible things and stared at the clock. Then he continued to stare at the clock that ticked out the awkward seconds. After what seemed like an eternity, he walked out.

My gran described him as a "funny man." I believe he may have shown up to perform odd jobs from time to time without any real purpose.

When I think about it "odd jobs" is a strange kind of British expression. It doesn't really mean odd jobs. An odd job is repairing a broken drain with a dead peacock. But odd jobs really means inconsequential or occasional jobs.

Anyhow, the description of Stan as a "funny man" and his strange presence instilled fear in us as children. I truly believed Stan was some kind of Sandman or character from Friday the 13th who would whip out a knife and hack us to bits. The subtext here was people with mental disabilities are dangerous folks and we should fear them.

Much of my grandmother's world view was shaped by the fear of people who were different. She would cross the road if she saw black men approaching, which means she must have put herself in a fair bit of danger by crisscrossing the roads of Birmingham.

Time really stood still at my gran's place. She resisted electric washing machines and Empire mugs and spoons lined the cabinets. This was the cozy world of the Britsh Empire and Queen Victoria where people with dark skin were kept at arm's length and far away in colonies like India. I've joked about the good old days when half the world was colored pink on the atlas without coming fully to terms with the evils of colonization and the ownership of other nations and other people.

The nature of Stan's disorder eludes me. Maybe he was born that way or he suffered shell shock in the trenches. I doubt if few people apart from me remember him now and he seemed to lack family. The dining room where the clock carefully chimed out the dawns and evenings of the days and the vanishing chink of light remaining in our lives is long gone. Stan and my gran are stencil memories along with the lavender wallpaper,  the faded blues and pinks of the hydrangeas down the walkway and the jars full of jam put out to trap wasps.

I worry sometimes that the vestiges of prejudice live on. Disorders didn't happen to us and our family. They happened to other people. Yet now I have a young relative with autism. I hope one day when he's picking his difficult path through the world nobody will ever call him a funny man.