When I heard Mark was dead it was hard not to think of the words of Auden.

The stars are not wanted now: put out every one;
Pack up the moon and dismantle the sun;
Pour away the ocean and sweep up the wood.
For nothing now can ever come to any good.

Of course, these days we don't learn about deaths from death notices or from conversations with friends but from Facebook. In his most recent incarnation, Mark was a fellow blogger but we went back a lot further than that. 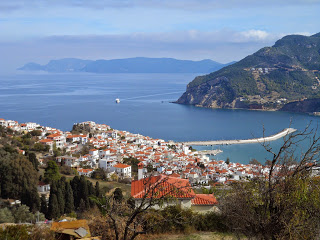 Back in 1990 when I was an idealistic young reporter I was instructed I would be sent to work in the North Devon office, the equivalent of a posting to Siberia. All North Devon comprised of was open fields, small market towns and tumbled cliffs and, of course, Mark Clough - the bureau chief - who was known as The Rock of North Devon due to his longevity.

I found Mark to be initially a dour individual, a big man with a beard and a sardonic sense of humor. Every lunchtime involved large amounts of Bass down the local bar The Corner House. I quickly warmed to Mark who always had a witty anecdote for any occasion and an approach to life that was at odds with the anal people on the newsdesk. I recall one election night when we casually filed our results after getting a drink at the bar. We returned to the office to find the answer phones jammed with angry messages from the newsdesk demanding to know our whereabouts. Mark shrugged it off. I admired his recklessness of spirit.

Although Mark was good company he could be dour. One afternoon he informed me he had been in North Devon for 10 years as he gazed out over the same muddy river about some aluminium shed roofs. He would routinely mutter the words "I can't go on," at about 4 p.m., with a twinkle in his eye that told me his depression was part theatrical. Mark had lived in a picturesque village called Weir Gifford which we nicknamed Weird Gifford because behind the picture postcard image, it was pure poison. When Mark had tried to open up a home for people with mental disabilities in his house, he was met with diatribe of hate from the village. He eventually opened the home and came into work one day with his head in his hands. One of his residents had gone 'walkabout' around the village wearing just a string vest. He eventually left Weir Gifford and moved to Bideford.

When I left North Devon, Mark gave me a lavish send off. He had suffered my idealistic enthusiasm and cub reporter mistakes with good grace and we remained good friends. Looking back I wish I had made a greater effort. He came to my wedding - my first one at least. Mark had the kind of larger than life, reassuring jocular presence, backed by a big heart, that would make you feel better about yourself.

Life took me different places and I didn't think about Mark so much until a friend told me he had won the lottery as part of a consortium. It meant he was finally able to leave North Devon. A couple of years ago, he moved to a Greek island with his family and hung out in an olive grove blogging with a glass of Ouzo in his hand. Had it been anyone else, I may have felt jealous but I was happy that Mark had finally got his time in the sun. He took part in the A-Z challenge with his blog View from the Olive Grove for the last two years and became part of that ramshackle fraternity of bloggers I have been fortunate enough to be part of forever.

His story made me wonder what it would be like to finally be free of the pressures of the world and to spend the days soaking up the sun in the olive grove while looking at the azure seas of antiquity. I wondered if I could do it, or if the sudden emptiness of the days would undermine me and force me to return to what I knew.

About six months ago Mark did return home, although I could not understand why at the time. He wrote that a life of peaceful apathy was not for him, adding, "All things must pass, nothing lasts forever." Later on, I heard from a friend that he had terminal cancer. In the last picture I saw of him, the rock was a tiny and shrunken presence surrounded by his family. There was a Facebook posting from a friend who had visited him in the North Devon Hospice and today tributes to his passing. In the days to come, like most of those who pass, he will become a mere footnote but I promise to raise a glass to him from time to time.

It's hard to come to terms with the thoughts that come rushing in and the realization that the best die young and we are left with also-rans, although I know that's not true. At times my life seems fractured to a point of breaking but the everyday battles about finance and divorce and child visitation are clearly nothing in the great scheme of things where great men and women go to their maker by the hour. I was honored to know Mark and although my life can seem trite at times, I know it's not the case because I have love and she is my North, my South, my East and West.

Ethelred the Unready was Not Very Ready

Over the last few weeks blog neglect has set in which I know is regrettable for those of you who hang on my every last word. I know where you are and I assume you are in a phone box somewhere near here. Or maybe you are not because it's rather hard to find a phone box even in Britain where just a few are reserved for ceremonial purposes.

Americans are often rather fond of red phone boxes. They have probably seen those cute pictures of them outside museums or honeycomb villages in the Cotswolds. Having grown up with them I'm more cynical. Phone boxes were usually places of last resort. if you went into them you'd be hit by a pleasant aroma of cigarettes and pee. The phone book would invariably be ripped and the slot to put  your coins in jammed up with chewing gum. English phone boxes were never cute and they have now been rendered obsolete by cell phones. 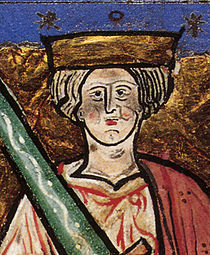 One thing phone boxes have made me realize is we need to be ready for change. We need to be able to embrace tragedy and new love. Recently when my father was taken to hospital for a serious procedure that was rather too close to life or death than I care to think about, the reality of mortality hit me. Unlike most people I know, I have yet to lose an immediate member of my family and I am chronically unready in this regard. Fortunately the operation was successful.

All the time we see people around us who adapt well to change and those that don't. The British Monarchy may not be good for a lot beyond selling tabloids and cutting ribbons, but at least it had thousands of years of pedigree which provides us with a lot of examples of the human psyche in all of its flawed glory. I have always been fond of Etheldred II The Unready due to his inability to get his s.. together. Etheldred ruled from 979 to 1013 and had another stab from 1014 to 1016.

The Official Website of the British Monarchy points out Ethelred became the King of England at the age of seven at Corfe Castle in Dorset, following the murder of his half-brother Edward II by his own supporters. With supporters like that, who needs enemies. I digress. 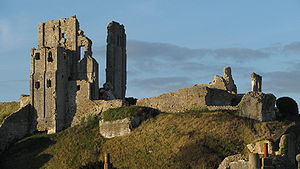 Ethelred was known as Un-raed or "Unready" which meant he was unwise and had no counsel. At the time the Danes - who were clearly unlike the bicycle and peace-loving Danes of today - were in control of large chucks of the country. Their leader Cnut - a man who suffered much from his name being misspelled - was considerably more aggressive than the King and not best pleased by Ethelred's order to kill all Danes.

Ethelred then tried another tactic by giving the Danes a large amount of silver in the hope they would go away - a measure that was unsuccessful and was lambasted by the Anglo-Saxon Chronicle - the tabloid of the day.

In 1013 Ethelred did a runner to France when his throne was stolen by the powerful Viking Sweyn of Denmark. He returned to rule in 1014 but undermined his return by dying in 1016.

So ended a fairly inglorious and forgettable chapter which has something or other to do with adapting to change.