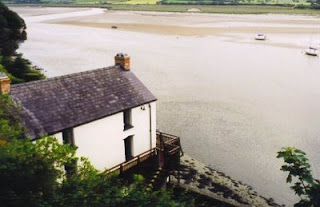 Hollow canned soundbites nibble at the nether distance of the bedroom.
I find it hard to take it seriously; the southern twangs of the healthcare debate.
"I don't think Speaker Pelosi's going to do that but if she did it would be a direct slap to the Democrats ... I don't see the bill being there to get enough votes on the floor."
The arcane language of power yawns from C-Span and takes on a life of its own like the drool that oozes from the jaws of a sick old dog. I can hardly bear to raise a heavy eyelid to watch.
"Doctor Gingrich has some amendments on that."
When did he become a doctor? I wouldn't let him operate on me. He's done enough damage to my brain already.
"My mother is in her 70s. She could not have gotten that knee operation that changed her life under this bill."
Oh - and there's a specific provision that mentions your mother? The below provisions exempt Mrs. Patty Bumpus of Little Rock, Arkansas.
"It may be we can sit on Saturday and move to Monday 3, and Tuesday 4 if necessary."
Or out of here altogether. Does anyone look out of the windows over the lawns and suggest going out instead for a picnic? Let's have Pims and at least we can slap the Democrats on the grass instead of the floor.
"Well over 100 amendments have been filed ... If the process had moved more quickly and we had allowed for some of the free market processs and cost control principles."
After paying $4 for a packet of rice crackers at FarmFresh I could use an injection of free market principles and cost control.
I could also use the off switch, if I hadn't lost the remote control. As the debate meanders on my soul is saved by an anthology of poetry.
Did Dylan Thomas care about heathcare as he careered over the insane cliffs of Wales, high on spirits both liquid and literary, back to his boat house?
And what would I give for someone to throw open the windows of Congress during the minutiae of the debate and let in the words of the great poet like a flood of salty estuary water in this driest of places.
In the mutardseed sun/By full tilt river and switchback sea/Where the cormorants scud/In his house on stilts high among beaks/And palavers of birds/This sandgrain day in the bent bay's grave/He celebrates and spurns/His driftwood thirty-fifth wind turned age/Herons spire and spear.
at July 25, 2009 1 comment: 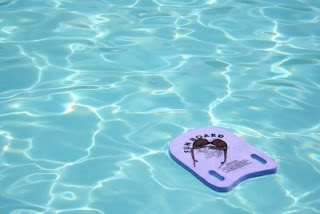 I love swimming pools that sparkle like blue quartz lapping on marble where the only company are statutes of Aphrodite.
Or infinity pools perched on the edge of the Mediterranean, where you feel like you are going to tumble over the cliffs of antiquity and lose yourself in the sunset.
Not that I can recall swimming in any pools like that.
Instead our reality on humid Sundays is the pool at the local state park. My memories of cocktails beside the pool of the Sheraton in Luxor recede at an accelerated rate as we approach the chain link fence, our spare clothes in the latest line of stylish trash can liners from Food Lion.
To get here we have driven about 40 minutes because we succeeded in moving into the only condo complex on this side of town without a pool.
Instead we pay $130 a month for a worker to stand outside our house picking his nose while pretending not to notice that our postage stamp sized lawn has died.
On many occasions we have deliberately averted our eyes from the almost deserted blue pool at Steeple Chase just five minutes from our home.
In contrast the pool at Chippokes Plantation State Park is usually full of ill behaved kids who have been disgorged from a nearby connurbation. Tattoos and ankle bracelets abound.
On the positive side my book on the history of ancient civilizations is in little danger from thieves.
The pool was clean on Sunday; most pools are compared to the municipal gunk fest that was Elizabeth City's public pool.
But there was a disconcerting smell wafting over from a nearby drain.
There are other hazards here such as horse flies, which are so named because they are almost the size of a horse.
There are plenty of rules about eating by the pool, using inflatables, pets and not entering the pool in your work clothes - as if.
However, the first time were were here somebody thought it was a good idea to take their monkey for a swim.
Like a surreal sequal to Jaws, the pool cleared as the frightened animal careered towards a group of kids snapping its razor sharp teeth.
The staff who are so zealous about food regulations seemed fine to give the monkey a pool pass.
The monkey incident coincided with an early pool experience for my daughter.
Now she can't understand it when she visits the pool and there's no resident pool monkey.
at July 20, 2009 No comments: 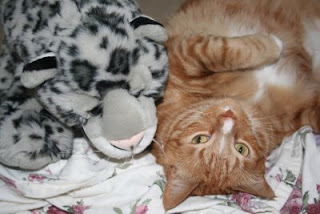 I've spent most of the working week yearning for the weekend. But now it's here I'm at a loss about what to do other than eating and sleeping, which is normally fine with me.
I've been restless today, so much so that by 1 p.m. it was time to resort to a desperate Plan B.
I located my camera and held a photo session with my cat.
Strangely enough for an animal that seems to have been here under foot for ever there are few photographs of him in the vast family archives that are dominated by our daughter.
If she's the queen of the archive, Gigi is a mere footman hanging around on the margins.
To his credit he doesn't seem to care. While Zara will pout and pose, Gigs just lulled around on his fat tummy, obligingly looking towards the lens on demand.
Gigs used to go outside to hunt but since the unfortunate revenge incident with the neighbor who trained her dog to urinate on our lawn, he's been on home confinement.
He took it badly at first but the wunderlust quickly faded from his eyes as he piled on the pounds.
For such a large beast he can be easily overlooked which is probably why he likes to engage in toe crushing antics and make the occasional lazy swipe at my wife's ankles on the stairs. Unlike previous felines I've found myself accidenally owning he isn't overly affectionate or pretty.
Perversely this makes for a better photoshoot. Naomi Campbell may make for a better picture that Kathy Bates, but I'm sure Bates is easier to work with.
Thinking about Gigs it's hard to believe that the ancient Egyptians endulged in cat worship and mummified their felines.
The historian Herodotus recalls how if cats died in a house fire, all the inhabitants of the home would shave their eyebrows.
If Gigs succumbed to the inevitable, - maybe one day he'll topple over on the stairs because his legs can no longer support his giant white furry gut - we'll all be sad.
But there'd be no mummification going down and I'm keeping my eyebrows.
And that's not just because of the few times he's slipped into our closet and displayed his affection for my T-shirts in the most unpleasant way imaginable.
But then the British have always been bemused by the notion of animal worship. When tombs at Beni Hassan in Egypt yielded up tons of mummified cats decades ago, the British explorers didn't bother to make records of the find.
They were simply shovelled up and shipped to England where they were used as fertilizer.
at July 18, 2009 No comments: 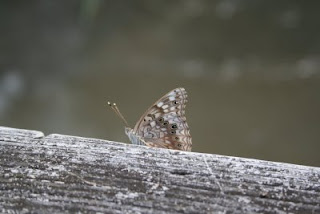 I realized something profound about the States today. I still can't belive it's taken me more than three years for the penny to drop about spending a penny as we'd say back in Blighty.
No matter how far you walk across an American city you'll never find a public lavatory.
The fact I've just realized this has led me to question a great British institution, that so many of us back home take for granted.
Indeed when a local authority in Torquay once tried to shut the town's loos, it provoked a revolt among the locals shamelessly championed by the newspaper I worked for.
So what was the big deal? Will we Brits shackle ourselves to an unpleasant anachronism just because it's always been there?
I have a lot of memories of British public toilets from an early age; few of them were pleasant.
There was the Street Toilet, a pungent smelling place normally sunk into a concrete walkway, obliquely Gothic and resplendant with its chequer board tiles, broken windows, shattered seats and graffiti.
As a teenager you learned a lot about life from the graffiti on the stalls, hence the smug expression when your parents finally told you the "facts of life."
Even more sinister was the Park Toilet, a low slung green or grey place always in the most shifty and overgrown part of a public park frequented by equally shifty men in long raincoats.
The Beach Bog was a safer but not much more pleasant proposition, where the smell of the briney sea and a nearby fish and chips stand mingled with the sharp tang of urine.
And don't even get me started on the Bus Station Bog with its baleful pale yellow strip lights and chicken wire over the stalls. The Bus Station Bog was strictly a place of last resort for the most dire of emergencies.
Inner city pubs also boast their fair share of abysmal toilets, although I am fortunate to have never experienced anything as horrendous as "The worst toilet in Scotland" as depicted in the film Trainspotting.
Rather peculiarly the British Toilet Association asserts that the UK's loos were once "the envy of the world."
Not as I recall them, although at least you can sit on them if you feel brave enough, unlike the notorious toilets of France.
The British Toilet Association says the county needs better toilets now and needs to "stop the rot."
To my mind the rot was rather well established in the 1970s.
I'm not sure why the public lavatory idea never caught on in America but I'm quite glad.
Americans refer to toilets as "rest rooms." Frankly there's no way I'd want to take a nap in any of these places.
at July 08, 2009 No comments: