So another Christmas has arrived and another year is on the way out. This morning I got a knock on my door, slightly too early. It was the kids and they were showing some modicum of excitement about the stockings that had arrived on their bedroom doors

I cast off my habitual state or morning grumpiness and headed to the tree swallowing raw coffee grounds for sustenance. 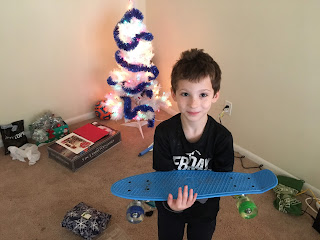 Christmas is a strange time because it can make you feel very old but nostalgic at the same time. We all remember that one Christmas which was a perfect distillation of the joys of existence. For me, it was the time we woke up at 5 a.m. and opened presents in the dark. I received a book about Scottish ghosts and read it to my sister in the early hours.

Then there's that time when you realize the magic had gone. I recall a time a year or so after receiving the book of ghost stories when I was in the middle of opening my presents and suddenly the crass hollowness of it all gripped me. I was too old for Christmas.

The great thing about having kids is that you can relive it all through them. Giving feels a lot better than receiving and it's often the cheap, quirky toys that fascinate them more than the big, expensive gifts.

Christmas, when you think about it, is ridiculous on so many levels. You drag a tree into your house, shove glass balls on it and open presents under it. You eat certain foods for obscure reasons. Which is why this year, I will mostly be making Marmite smeared tofu. The kids just don't realize it yet.

Christmas makes me feel old but I'm also grateful to be able to do this with my kids. I never take it for granted. I'm also grateful to the special person who lent me her stockings last night, as well as supplying additional presents, or I would have been shoving everything in Aldi bags.


These small and insignificant rituals are meaningful because they shield us from the world outside. As we opened presents, bodies were being picked up from a plane crash in the Black Sea. Just days earlier, a truck was driven into a Christmas market in Berlin.

The world is being run by mad men and our generation is disappearing at an alarming rate. The world without David Bowie and Prince is a flatter place. Carrie Fisher still hangs on.

My stats tell me that few people read this blog anymore. At times I consider taking it off life support. But it's a very insignificant thing compared to everything else. In a world of memes, tweets and short concentrate spans, it can be good to take a little more time to write. Shut off your smartphone, encourage your kids to do the same and take the time to find out who they are. I might even take this advice one day.

I hate it that I can be this way. Peevish, petty and point scoring. I get irritated and I say something I don't mean. Or I mean it but it's a small sunflower seed of resentment that I whip into a giant flower and beat the undeserving victim with it.

I give up and I walk away. Then suddenly I'm here the next day. It's cold and I feel the void. I took it for granted but when the love is gone it scours and leaves acid holes within me. That text I get every morning when I wake. The minutiae of her day. It seems remarkable and I'm undeserving in my complacency. 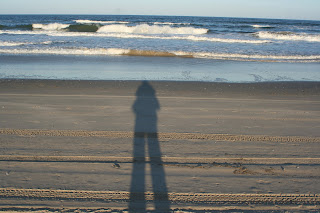 Then when it's gone I know the ordinary was extraordinary. The small, blank screen is an immense crypt of misery where gargoyles weep from the high walls. I'm watching the kids sing Christmas songs. Their mouths move, but I don't hear the words. Instead, the No Doubt song is playing in my head. I'm losing my best friend. I keep losing over and over.

I know it's a pattern. That beautifully crafted sand castle with the impregnable walls is eaten by the tide every time. You vow to build it bigger next time, but it's washed away again.

In truth, I don't want it washed away again on another bleak morning tide. I have never known such certainty in love, never felt such perfection in anyone's imperfections and scars, never basked in such warmth of the soul.

The long hours we have spent next to each other and in each other's arms can surely not mean so little. I hate it that my ill-thought words could cleave us apart in this way.  I'm old enough now to know she is my everything. My north, my south, my east, my west, to ape Auden.

If I have to travel alone on this road I surely will. But your absence will cut me deeper than any wind.

The first time I saw the skyline of New York I felt a chill. We had arrived at a chaotic JFK airport and trundled in a taxi van through the ragged back streets of Queens. Nothing prepared me for the first sight of the soaring Empire State Building sticking up like a giant syringe in the sky, and the high towers that crowded her shoulders. 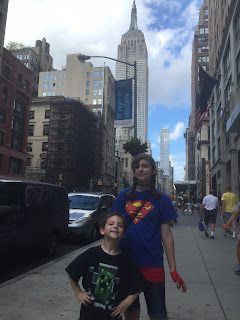 On the first night, we became lost in a labyrinth or bars and couldn't tell the taxi driver where we were staying on Park Avenue. It was an alcohol and angst-filled time. We could be happy in the haze of a drunken hour but far too sober suddenly at 5 a.m. My marriage was cold turkey by then. I was going through the motions,  knowing but not fully coming to terms with her affair with somone just a few seats across every bar.

Being a journalist one never wants to be the story but looking back, I realize I probably was. So I buried myself in Bonfire of the Vanities, felt keenly the decline of Sherman McCoy and ticked off the group tourism activities washed down by copious amounts of overpriced beers. 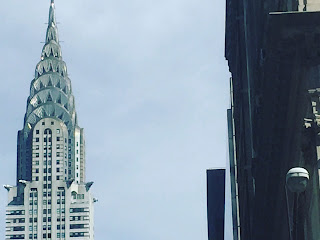 I looked up too; at the eggshell blue sky above the Statue of Liberty and the snow that tumbled from a dark sky the next day and skipped down Fifth Avenue. We went up the North Tower and shuddered at the sheer distance above the flat roofs, little realizing that two years later people would be throwing themselves through the glass and to the ground below.

New York gives you space and perspective. It quickly cuts your problems down to size. On the last day in New York, I broke away alone and went to the Lower Eastside to tour the tenement museum where scores of families lived in teeming squalor early in the 20th century.

When you are suddenly alone after so many years it's frightening but liberating. I thought of all those people who had come here so many years before with just their shirt on their backs and thrived, or at least survived. I resisted the cliche of an old song - if you can make it here you can make it anywhere. 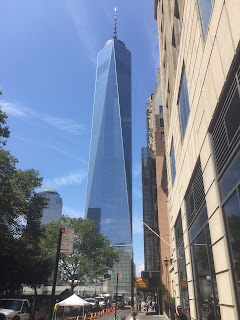 The second time I arrived in New York it was more than 16 years later. I was driving a sleek silver car with the kids in the back. It would a neat ending to say I had achieved the American dream and made it but that wasn't exactly the reality. I still don't live in a house with too many rooms with a wife who has a pedicure every week. I'm probably old enough to avoid such a grisly fate now. The car was a rental. The hotel may have cost an arm and a leg but it was a ragged place behind the car repair yards of Jersey City. It looked sketchy, but we walked.

The skyscrapers were as high as ever, although the Twin Towers had been replaced by the sleek Freedom Tower due to that aforementioned act of premeditated horror. . They seemed smaller than 16 years earlier. Maybe living in America had changed my perceptions. Those giant feats of man and machine and those images of workers on gantries high above the drop had become cliched.

I didn't get the buzz at first. There was the stress of finding the right bus and the numerous texts from the ex with instructions to prevent the kids falling down manholes. I wanted that carefree sense of adventure to kick in again. What if I had lost it a long time ago? What if America had long since swallowed me up in its anality?  Or perhaps there comes a time when we all turn into our parents. 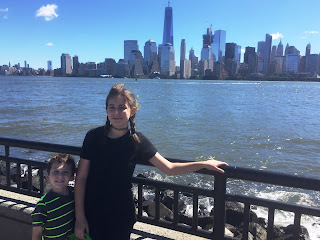 Half an hour later in Times Square, I looked up at the iconic facade of the New York Times, The square was as overrated and commercial as I remembered but there was energy, yellow taxes honking angrily and people diverging from all directions. I picked up a map and herded the kids east. Finally, I felt that old joy of adventure washing over me again.
at December 10, 2016 1 comment: