C is for Clovelly

You get to an age when the family holiday  - once the highlight of the year – becomes a cringing embarrassment and a last resort for teens with no better offer to take up.

To me Clovelly was the last resort. It wasn’t big and brash like Newquay or Bournemouth. There were no nightclubs or even fish and chip shops. Clovelly was a cobbled street that wound up the side of a cliff. It was tumbledown homes and blind alleys. Clovelly was nowhere to hang out with and no one to do it with. 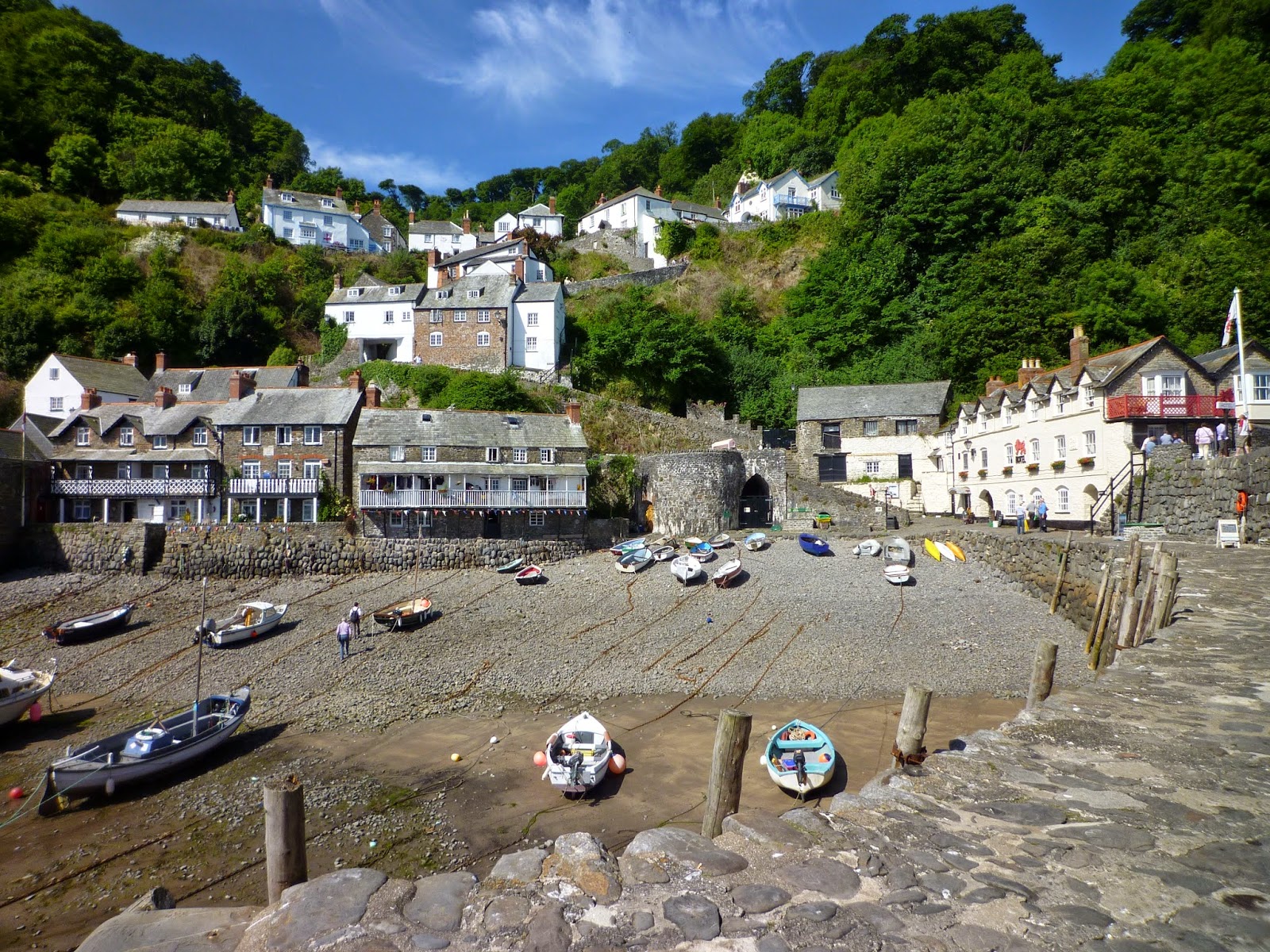 From the table by the bay window of the Blue Dragon, I watched two fishermen struggle with their nets. The rope was slippery and the water the viscous, dark green of a sea monster. My gaze switched from the fishermen to my fork and the sausage languishing in a watery lake of baked beans. It was 9 a.m. I had exactly 13 hours until I could sleep again.

I looked at Gracie as she scribbled in her notebook. Gracie was just over a year older than me but the gap felt as wide and cold as the Atlantic out beyond the foreboding cliffs. In an hour the low slung convertible owned by the boy she had met a month ago would bounce over the cobbles and he would take her out of this place, to Ilfracombe or Barnstaple or God knows where, but it would more closely resemble civilization. Gracie looked through me as if my 15-year-old complexion made me as dour as the rugged walls of the Blue Dragon.

Dad looked sheepishly on. “So. I suppose it will just be you and me Campbell as your mother has a headache. I can take you out fishing.”

I looked back at him but the nausea was rising in my gullet from the baked beans and the cheap sausages and my bowels were muttering. The idea of the cold, briny water left me underwhelmed.
“I don’t want to go.”

Dad said nothing but I could see his face working. I knew he wouldn’t keep his silence long. Finally he stood up and the words rose up in him.

“Campbell. Was there really any point in this? I can’t see why you wanted to come away with us. All you’ve done is mope. At least your sister is getting out.”

I muttered a few half formed words under my breath.

“I beg your pardon, Campbell.”

“Oh cut out that Sir crap.”

I looked balefully over the harbor, my eyes as bleak and grey as the day that was wrapping Clovelly in its clinging garments. I waited for a final salvo. My father always had to get the last word in.
“Honestly Campbell. I don’t see why you can’t be more like your cousin. You know he’s leading a young mission trip on a walk to Santiago de Compostella. He’s a model of youth.”

Great uncle Arthur was slumped in the corner. I had watched carefully as he’d moved a clumsy hand up to scratch his testicles through his pants. Now he twitched and sat up at the sound of Monty’s name.

“Yes, yes,” said the old man. “A fine and upstanding model of youth. The very best.”

And he went back to examining the spittle that had gathered in a frothing pile on his pipe.

I pushed my chair back and went silently to my chilly bedroom. I stayed their reading and gazing at the clouds that drifted over the Bristol Channel for eight hours. Then under the cover of darkness, I walked up the steep cobbled hill. I found an alley that was sheltered from the drizzle. I rolled a joint and felt the warmth and mellowness make my body slack. Later back at the harbor that the American visitors told me was quaint, I heard the fishermen talking. They had finished their long day of toil and one of them was telling the other what he would do to his wife. Or maybe it was the other man’s
wife. I could not be sure because the conversation was fractured by the keen breeze.

The bleakness of the night was palpable and I was already missing the cozy intimacy of my joint.
at April 03, 2015