A to Z Challenge - A is for April

It's April Fool's Day but the A to Z Challenge is not a ruse. It's actually here. My theme this year will form a mini-novel. I'm thinking it may be too late to back out right ??? 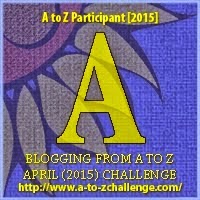 A is for April

April is the cruelest month. Everyone knows that. But April can be the most beautiful month too. I recall how it pushed tulips from the ground like spears and waxed sweet-smelling hyacinths.  The grounds of the castle were dotted with them, but I felt empty and sick at the sight of them. They were like an army of stiff sworded flowers between me and the clock tower and the egg shell blue water of the Irish Sea. 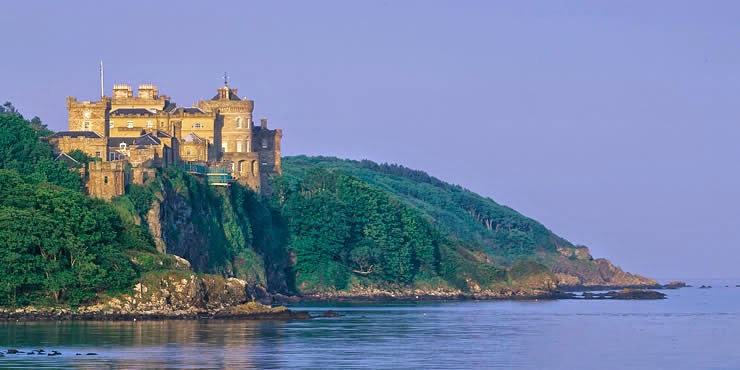 It was a day that was frozen in time, but a day that could never curl up and become comfortable and sepia due to the gentleness of the colors – the blue of the sea, the yellow of the daffodils and the exquisite purple of the irises. I lined the day up in the viewfinder of my camera but the colors leached and were lost in the reproduction.

I lined up my fragile family in the view finder. Mum – her hair too corn yellow; dad – his hair thinning and Gracie, always circumspect, inward and to herself.

Monty my cousin had come along for the ride from Glasgow and he was a different kind entirely. Monty was just 13 but he had already filled out his blazer. He was a year older than me but the gap could have been five. Monty was always quoting from a non fiction book. Even now his clipped tones cut the spring silence on the lawn. Monty was comfortable with an audience.

“The Titanic was the largest liner of her generation. She spanned 883 feet from stern to bow. She was divided into compartments that were presumed to be watertight,” he announced.

Monty’s face sprung a leak and his eyes darted around in his head as he reached the climax of his tragic tale. On the night of April 14 she struck an iceberg. On April 15, 1912, she went down in the freezing waters of the Atlantic Ocean with the loss of 1500 souls.

Gracie’s face set in a firm frown. My sister’s birthday was on the same day. She was not amused. We had celebrated with party hats a day earlier.

“I was here as a kid. There is a great view from the top,” said Dad.

Once inside the tower, the uneasy warmth of the April sun was cut out as if we had descended into an undersea tunnel. There was a dampness and an unpleasant mustiness of floor boards. The stairs had gaping holes between them and they creaked. The higher we climbed the more hollow the space below us. My foot slipped in a gap and dad moved his hands to support me. “Steady son,”

Monty was up ahead. I caught the flap of his blazer and a whoop as he emerged into the sunshine at the top of the tower. But something was wrong. The tower was lurching in a sickening motion and my head was starting to spin. I sat down on the floor but the tower continued to moved.

“Are you alright Campbell? You look pale,” It was mum. She had that cajoling, nagging tone she usually reserved for burnt toast. Now the sickness of this morning’s eggs was upon me and I thought of embryos and babies strangled in the cold spring.

“I need to sit down,” I gasped and sat on the heavy wooden floor boards.

The party stopped and looked at me. “Why don’t you take him down Sylvia?” said Dad.

My mother took my hand and 10 minutes later we were back in the weak and inconstant sun, looking up at the clouds drifting high over the clock tower. A row of heads appeared at the top in high spirits. Monty waved in a grand arc, but his silhouette was obscured by the sun. I still felt queasy, grounded and defeated.

I had learned one of life’s most painful lessons at the age of 12. The world was inhabited by people like Monty and people like me.