Why it's time to unfriend Mark Zuckerberg 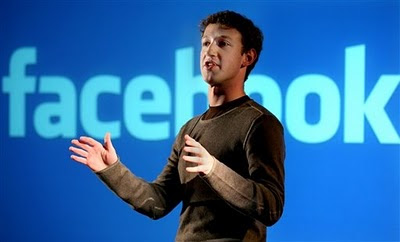 It says much about the power of the social networking site Facebook that on one ticker on the TV news this week controversial changes to the site were the second item after the slide in share values. Our regression to a second Stone Age is surely insignificant compared to that freaky new layout on Facebook.

It's certainly confirmation that almost by stealth Facebook has gone from being a novel way of tracking down old friends to becoming an integral way that we spend our time, or waste our time, depending on how you look at it.

But after a number of years the novelty is beginning to wear off and the seemingly inexplicable changes put into place by founder Mark Zuckerberg are getting on our nerves big time.

We woke up one day this week to an inexplicable and messy format in which a strange live update feature was going on in the top right hand corner and lots of anger about the changes was going on in the postings. By the end of the day a full scale Middle East style revolt was underway with punters threatening to jump ship en masse to Google +

In some ways this has an amusing aspect because nobody told us to open a Facebook account. It's not as if we voted Zuckerberg into the White House.

Zuckerberg has no obligation to Facebook users, yet citizens have been yelling about it like they're paying him to take away their trash and he's just announced he's cutting the service to one pickup a month.

But there are some good reasons to defriend Mr. Facebook. For a start his obsession with knowing more and more about us strikes me as a bit 1984, albeit Big Brother by consent. New features apparently will include a live update that will be able to stream all sorts of choices we make onto Facebook. An example given was all of the music we download could be streamed onto Facebook.

My first reaction to this was how dull. People post enough utter drivel consciously onto Facebook without the need for drivel to be updated subconsciously. Let's admit it. Who hasn't spent at least 10 minutes on Facebook looking at wedding photos or baby pictures of a complete stranger. Cue the obtrusive thought that most babies and brides look similar, particularly ones we don't know. Imaginary finger gun to the head for another 10 minutes of our lives wasted.

Do we really want to read that Jim Black from seventh grade, who we never really liked and never had anything in common with the last time we saw him - 27 years and five days ago - has just listened to You Can't Hurry Love by Phil Collins and is about to listen to some Lady Gaga?

Now I'm not really technically minded but I understand another of Mark's big ideas is a timeline log on everything we've done on Facebook in the last 12/24/48 months...whatever. Like we want to be reminded of that time we drank too much Sangria and wrote an status update, that nobody responded to, about our undying love for the cat.

Quite simply Mark has had his day because he seems to see Facebook as more than a social network - as a vehicle to take over the world; because all this increase in personal stuff out there is intended to appeal to advertisers rather than users and just because we have so many pseudo friends on Facebook that it's become boring.

There are plenty of other reasons to defriend Mark. For instance, he's a millionaire but he looks like he's 15-years-old; he's one of those annoying types of people who's brilliant at everything he does - classics, geekdom, fencing etc.

He dates a Chinese girl. That's not a reason to defriend him, of course. But apparently before the couple's first trip to China in 2010, Zuckerberg studied Mandarin Chinese every day before the trip to become fluent. Ironic, really, given that China's firewall bans Facebook.

It may be hard to warm to Zuckerberg but it will also be difficult to withdraw from his creation. Many of us in 2012 casually check out Facebook in the way we visit the water fountain. It's not fun but it's habit. And those other social networks can feel lonely in comparison.

It's probably time for radical change and the era of antisocial networking. On the antisocial network we have a limited number of friends and they are all uber grumpy. There's no "like" button but there's  "dislike" buttons for everything. And defriending is expected; defriending with abuse is better - until it gets to the point where we are just floating around in our own misanthropic network of one, disliking, muttering and grumbling in a cyber universe where nobody is listening. And there's a button for all of them.
at September 26, 2011