Guest blog #3 - Dancing with Daisy - It runs in the family

In the prelude to her blog Daisy writes "Life is a dance full of poetry, music, joy, sadness, inspiration, and gratitude." This just about sums it up. I thought this post from November was poignant because it touches on the unremarkable but also remarkable aspects of an everyday life which, in the words of Anthony Powell, is a dance to the music of time. 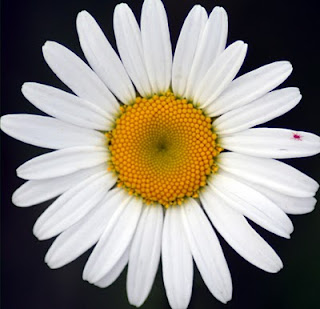 I have come to the conclusion that my family has a hard time saying goodbye. I can remember when I was growing up and the aunts and uncles and cousins would come to our house for a visit. They would stay for a while. Maybe we would have dinner together or play cards, maybe we wouldn't.


One thing we could always count on, though, from the time they first mentioned that it was time for them to go home until the time came for them to actually pull out of the driveway and start to head for home, at least half an hour if not forty-five minutes or maybe even an hour would have passed.


They would say something like, "It's getting late. We probably ought to go home."


Then we would talk and say how nice it had been to see them and how we'd have to get together again really soon. Then we'd get off on a tangent about something or other and talk for another ten or twenty minutes. This would all happen while our guests were still sitting firmly planted on the couch, not having even made a move in the direction of the door yet. Eventually, they would remember that it was indeed getting late, even later now than when they had first noticed it, and they really did need to get home.


They would then stand up from their seats and head toward the door. On the way to the door and then standing just inside the door, not yet actually opening it, we would pretty much repeat what we had said earlier on the couch about how nice it was that they had come to visit and not to wait so long until we saw each other again. Once again we would somehow start talking about the garden or how we kids were doing in school or perhaps a bit of news about someone in the family we had forgotten to discuss earlier, and still the door is closed and no one is leaving the house.


Stage three of saying goodbye began when our guests finally opened the door and headed outside. Of course, being the good hosts that they were, my parents would walk out to the car with them, and we kids would tag along behind too, all of us chatting all the way. Now the guests have finally arrived at their car and are sitting inside and ready to head off. They have the car windows rolled down and my folks are leaning over looking in and all of them are still talking away and saying goodbye. At last, the car is put into gear, and it rolls out of the driveway with everybody inside it waving at us and we standing there in the driveway waving back at them until they are out of sight. This is how my family says goodbye.


I go to the nursing home three times a week to visit my mother. As you might think, each time I visit her and then tell her goodbye as I'm leaving, I can't help but wonder if this will be the last time I have a chance to tell her goodbye. As far as I know, she is not at death's door quite yet, but yes, she is in a nursing home, not in very good health, and she has had a full life. Her birthday is this Friday. She will be turning 80 years old.


When I am ready to leave after visiting her, she always wants me to push her in her wheelchair from her room down to the lobby by the nurse's desk so that she can wave goodbye to me while I am walking out the door there, and again as she watches out the window at me in my car as I pull away. It is part of her being a good hostess this saying goodbye. Even now, when some days she struggles so much with her speech that even getting a "goodbye" out is a major feat, this continues to be something she wants to do. If nothing else, she can still wave at me. I know those waves of hers say so much more than goodbye. They say, "I'm so glad I got to see you," and "God be with you as you go," and "Take care of yourself," and "Don't forget to come back," and "I love you."


When my grandmother (my mother's mother) was about the same age my mother is now, and we would go to visit her, always when we left her, she would say, "Come again when you can stay longer." It didn't matter how long we had been visiting her. Even if we had been with her all day long, she would still say that. She had trouble saying goodbye. She didn't want us to leave. My mother is the same way. When I go to visit her, she doesn't want me to leave. She doesn't say what my Grandmother said, but perhaps she would if she could. It is easy to see she is reluctant to have me go. The longer we can drag out the goodbyes that we say, the more time we can spend together.


I am reluctant to have her go too. I think we both know that with each time that I visit her, it is me that is telling her goodbye, and it is me that is walking away and leaving her, but each of our goodbyes these days are practice ones much like the ones from the family visits of my youth. These goodbyes are the ones said while still on the couch in the house. These are the goodbyes said while walking to the door and pausing there before opening it. These are the goodbyes said while sitting in the car in the driveway with the windows rolled down.


Although it appears with these goodbyes that I am the one who is leaving, it is actually my mother who is leaving. These are the goodbyes said before the car drives away. I know when the time comes for that final goodbye, when the window is rolled up and the car is put in gear, she will actually be the one leaving, looking back and waving at me. I'm not looking forward to that time. In fact, I am having a difficult time thinking about it. I, like my mother, and like her mother before her, have a hard time saying goodbye. It runs in the family. It's just the way we are.