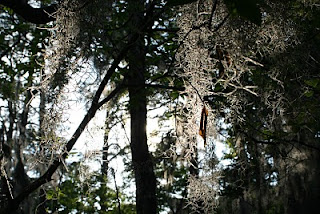 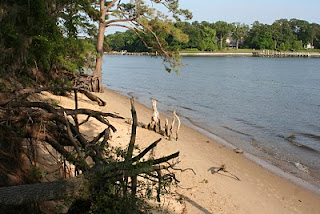 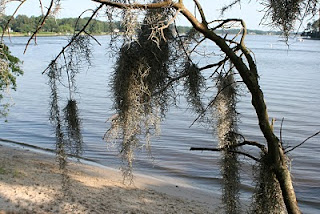 Looking at them on the beach at First Landing made me feel old; overtanned bodies, their muscles barely contained beneath the lightly tattooed skin, military haircuts and sleek beer filled coolers from the back of their boats. Beach volleyball and shouts. And a self consciousness that runs through youth.
The girls had none of those 40-something inhibitions about them, flaunting it in skimpy bikinis and cackling across the sharp sand.
Their conversations cracked across the languid afternoon of a hot May weekend.
"Yeah. I told her she could go and f... herself."
I found myself thinking youth does not necessarily buy sophistication, my thoughts falling and rising on each twitch of her cigarette.
Calypso music twanged out from another boat and a couple locked into a dance that was closer to a gyration. Pleasure on a pleasure boat on a sultry afternoon with all the time in the world ahead of them.
Still eventually time like the tide waits for no man. By the evening the small boats would be gone and the wilderness would again close over the beach and take it back into its thorny embrace.
In half a century the revellers would have limbs as contorted and twisted as the tree roots that knotted their way across the beach. In some dark place they would perhaps recall a Calypso day on the beach, but probably not.
And knowing I would be long gone, I skipped away from the beach, up a winding path that offered tantalizing glimpses of a less sullied shore, the sand blanched white in the late afternoon sunshine, the beach full of lonely tree remnants fashioned by the ebb and flow of the river.
The path climbed and the trees cloaked themselves in Spanish moss until the path ahead resembled a shimmering cathedral as austere in it own way as Salisbury with its fine white arches and soaring spire.
The clatter of the beach was far behind. Ahead lay the silent uncertainty of the trees and the marshy deeps of the state park.
I had been here before by the high and magnificent beaches overhung by moss, but then I was on my 12th mile and the state park took on the daunting dimensions of an unexplored rain forest. Fatigue blurs the mind and plays tricks with distances. The low hum of bugs turns into the crescendo of a demonic orchestra and the return journey becomes a route march of uncertain length.
In a clearing pierced with shards of evening light I came on a lonely bench. I wondered, not for the first time, about the name on the plaque. What he looked like and what he did with his life.
But lives had come and gone and people had sat on that bench, and spoke in close, low tones, never to reunite and never to return.
By the time I got back to the parking lot the young people were growling and muttering and packing up their oversized SUVs. The last cigarette was stubbed out on the gravel and the boats were heading away down the river.
By the end of the day only the wilderness endured.
at May 26, 2010