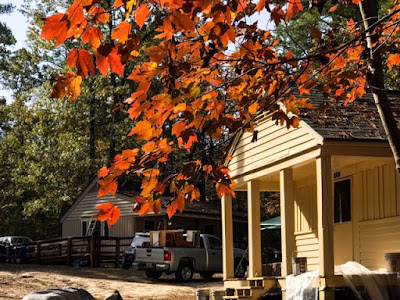 Earlier this month, I was lucky enough to take part in Cabin Work Week at Pocahontas State Park. I figured it would be interesting to hang out in the (semi) wilderness for a while and restore the old cabins to their former glory as the leaves turned russet and gold around me.

I hadn't realized it would be quite so cold or that a large grunting animal would hang outside my tent at 4 a.m. every morning.

I'm not intending to wax lyrical about Cabin Work Week in this post which is really a vehicle for posting the pictures. However, I feel the learning curve was about as steep as the roof I found myself on the first day. My happy visions of becoming accomplished with a lathe or other nefarious spinning machinery were not realized. On the plus side all my limbs are intact and I hope some scout in the future will one day look beyond his or her muddy feet to admire the great staining job on the deck. 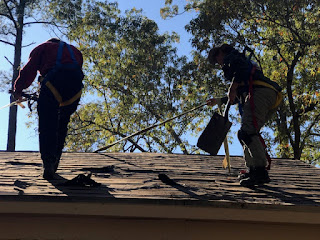 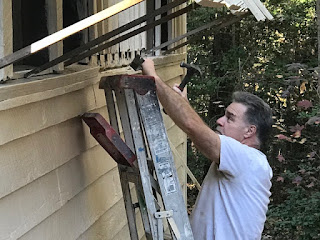 Many of these structures are original Civilian Conservation Corps structures dating from the austere times of the 1930s. I have fond memories of such places from Fairy Stone and Douthat. I had no idea many of them come without snug fireplaces and kitchens. They have hard bunks and are often colder within than without. Pocahontas has vast armadas of them drifting away into the trees in areas off the beaten track. 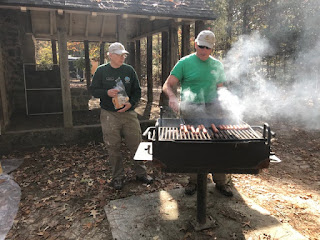 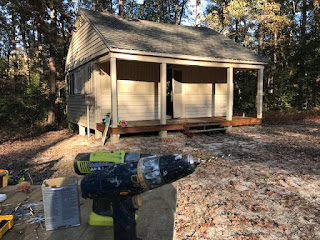 I have nothing but admiration for the volunteers who tirelessly worked their magic on these cabins. They were in it for the long haul, toiling with stubborn shingles and plumbing for two weeks. One was enough for me. Many of these selfless volunteers are retirees who live in their RVs and ply a nomadic life across the country, flitting from site to site.

I was also grateful for the limitless supply of Twizzlers. 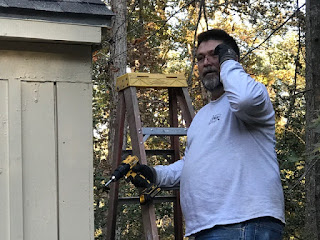 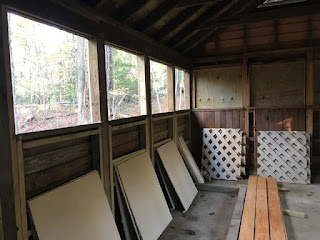 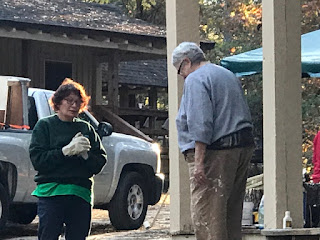 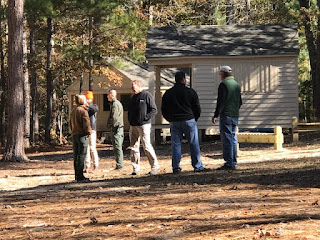 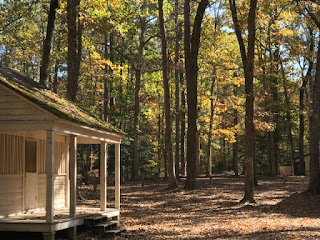 Earlier this month, I was lucky enough to take part in Cabin Work Week at Pocahontas State Park. I figured it would be interesting to hang...